Sony CEO Confirms No Interest in Making Another Handheld Console

Category PS5 News       Thread starter PSXHAX       Start date Dec 5, 2019 at 4:23 AM       2,128       13
A few weeks back CEO Jim Ryan revealed Sony's plans to Transition to PS5, and in a recent interview with GameInformer.com he confirmed that PlayStation is also no longer interested in making handheld consoles (such as PS Vita 2) citing the current strength of mobile gaming market... with PS4 Remote Play now across more devices and apps such as Chiaki and PSPlay gaining ground he may be right!

Below are some further details courtesy of IGN.com, to quote:

“PlayStation Vita was brilliant in many ways, and the actual gaming experience was great, but clearly it’s a business that we’re no longer in now,” Ryan said.

This new quote from Jim Ryan certainly confirms that there will be no more PlayStation (handheld) consoles, but that doesn’t mean the PS5 won’t have some form of portable gaming, nor does it mean Sony won’t make portable games for other platforms." 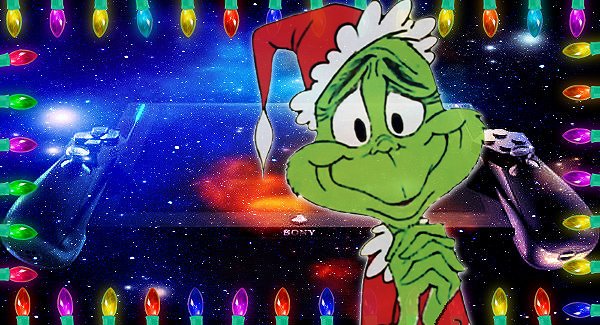 Senior Member
Contributor
Verified
Not really. phone for video games are a piece of junk. Newer hand handle consoles are much powerful than newer phone due to different architectures.

That's ok, They should fully focus on PS5 seriously and I think this time they will be huge successful and best system of all time for the FIRST TIME since PS4/PSvita. Because they had to focus on Vita during PS4 time can be too much and hassle for them.

I think it is a smart decision!

Senior Member
Contributor
Hmm when did they focus on vita? in this generation wasnt. PSVita had 0 support from playstation.

@mukasange let me know when a truly game is released to a phone..

anyaway, ps5 will be with a lot of problems vs xbox gamepass, only way to sell consoles will be if they pay to devs to release some methods to play backups games.

Senior Member
Contributor
PPSSPP runs fine on the Snapdragon 8xx CPU series and small screens aren't desired for gaming outside of a phone so... Nintendo is white knuckling the portable market so Sony, like every company besides Nintendo is right to stay out of the market.

Member
Contributor
Verified
I don't think anyone can have a good share of the handheld console market unless they make something better than the Switch.

Developer
Senior Member
Contributor
Verified
Good, I never had any Interest in handheld consoles lol but that's just me.

Senior Member
Contributor
@hero3210
I don't think anyone wants it. The vast majority of people already carry 1 pocket device, a phone. A 2nd is cumbersome.

I could see maybe if you went on vacation, but then a vacation is about other things than video games and even if you wanted something on vacation you could pack a console, and not just a Switch.

But I think it's about carrying 2 devices instead of just 1. Handhelds were born in the era where nobody really carried a pocket device, unless it was a Gameboy. But now that everyone does carry one (a phone), it's just too much.

Member
Contributor
Verified
@bablest While you do have a point, I still see many people using the Switch specifically for its portability.

IMO if any company wants to enter the handheld market now they'll have to do better than the Switch (better specs, better games, cheaper price ...etc).

Senior Member
Contributor
Verified
No I mean they focus on Vita but realised that it was not succeed so they abandon it and focus on PS4 then PS5 coming soon.
You must log in or register to reply here.
Share:
Facebook Twitter Reddit Email Link
Recent Articles
PS3 System Software 4.86 Update Live, Don't Update Your Firmware!
Proceeding their previous PS3 OFW revision and recent PS3 Partial Message Service Ending announcement, today Sony pushed live a new PS3 Firmware / System Software 4.86 Update for those who still...
Lapy's River Raid 1.0 PS4 PKG Homebrew Game by Lapy05575948
Following the River Raid PS4 PKG Preview and his recent Easy PKG Extractor, PlayStation 4 homebrew developer @Lapy released a River Raid 1.0 PS4 PKG today on Twitter for those with a Jailbroken...
Resident Evil 3 Arrives with New PS4 Game Releases Next Week
Next week on April 3rd Resident Evil 3 arrives with the new PS4 video game releases where Jill Valentine witnesses the atrocities Umbrella performed in Raccoon City and as a result they unleash...
Random Content ID (CID) Generator for PS4 PKG Files by Backporter
Since his DDS Converter for PS4 Themes PlayStation 4 developer @Backporter returns this weekend via Twitter with a Random Content ID (CID) Generator that will generate a random Content ID for PS4...