Category PS4 News       Thread starter PSXHAX       Start date Mar 8, 2017 at 9:01 AM       11,703       44
After Reddit rumors and Chinese changelogs, today Sony has officially confirmed that the Sasuke: PlayStation 4 v4.50 Firmware Update alongside PSVR 2.40 will arrive tomorrow offering Boost Mode for PS4 Pro among other features including voice chat for Remote Play and maybe even some unicorn eggs in time for Easter!

Our next major system software update for PS4, version 4.50 (codenamed Sasuke), rolls out tomorrow. We’ve already shared some of the key features last month, like external HDD support and custom wallpapers, but that wasn’t all this update has to offer. Here’s a look at some additional features heading to your system soon.

If you’re playing a game in PS VR and you return to the PS4 home screen, you may notice that the resolution looks lower than normal on the TV Social Screen. Following this update, you’ll find that the resolution of the system screen displayed on your TV is significantly better when you’re out of VR mode.

Also, the resolution of Cinematic Mode on PS VR will improve — if your PS VR screen size is set to Small or Medium, the frame rate of content viewed in Cinematic Mode goes up from 90Hz to 120Hz with this update.

We’re adding voice chat when using Remote Play on Windows PC, Mac or an Xperia device. This is especially useful if you’ve got a gaming session planned with your friends, but you’re away from your system. You can switch your mic on and off via the microphone icon on the Tool Bar of the Remote Play app. 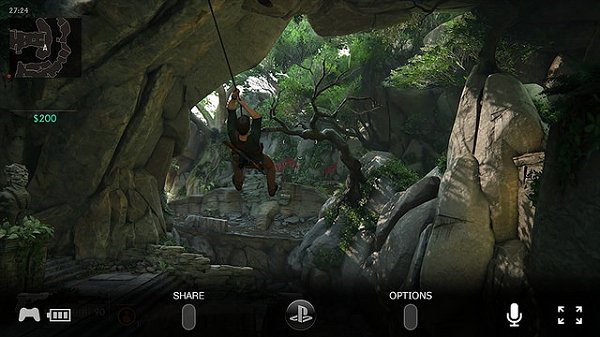 We have a variety of off-console apps and features that make communication with other gamers easier, like the PlayStation App and PS Messages. We’re adding an icon, shaped like a smartphone, which indicates a player is logged into PSN but away from their system.

Boost Mode (for PlayStation 4 Pro only)

PS4 Pro gets a new feature in this update called Boost Mode. This feature has been designed to provide better performance for select legacy titles that have not been patched to take advantage of the PS4 Pro’s faster CPU and its faster and double-sized GPU.

This can provide a noticeable frame rate boost to some games with variable frame rates, and can provide frame rate stability for games that are programmed to run at 30 Hz or 60 Hz. Depending on the game, the increased CPU speed may also result in shorter load times. You can turn on Boost Mode by going to Settings > System. 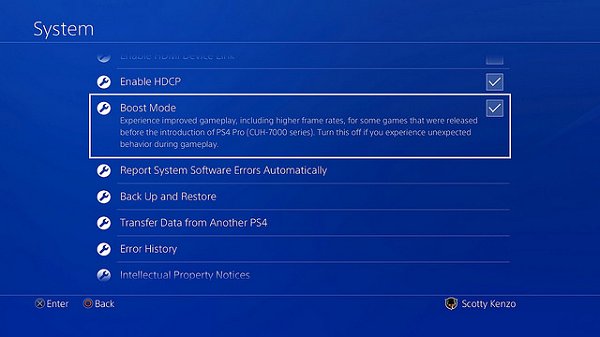 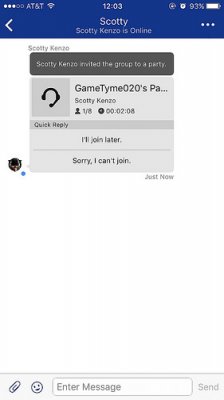 Keep in mind that Boost Mode is not guaranteed to work with all titles. Turning the setting off will allow the game to be played in a mode that replicates the standard PS4.

We’re also updating the PS Messages (Android/iOS) and PS Communities (Android/iOS) apps tomorrow with a few handy features.
We can’t wait for you to get your hands on all these new features, and make sure to let us know what you think in the comments. We’re listening and always appreciate your feedback!

Thanks to @Jeff in the PSXHAX Shoutbox for the heads-up! 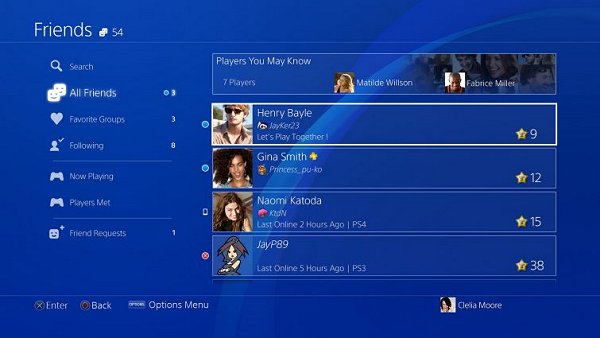 Senior Member
Contributor
Hope racer can do something on this new fw!

Senior Member
Contributor
Im sure he will check it

Senior Member
Contributor
So finally $ony giving to the New Update 4.50 ...So what do u think guys if exploit work for new firmware what about jailbreak...

Senior Member
Contributor
Verified
Some sources confirmed that beta exploit was fixed, so unfortunately it looks like there will be no use of 4.5 ofv

Then please name a few.
You must log in or register to reply here.
Share:
Facebook Twitter Reddit Email Link
Recent Articles
How to Update Codebreaker Cheat Database on PS4 with PS2 Games Tutorial
Let's get this out of the way. Yes, things have gotten fancier, gaming has come on leaps and bounds but the PlayStation 2 was (and still is) the best video game console of all time! And as funny...
Orbis Suite for PS4 Homebrew Development by OSM-Made (OldSchoolModz)
Proceeding the PKGDT Suite of PS4 PKG Backporting Tools, developer OSM-Made (@oldschoolmodzhd aka OLDSCHOOLMODZ on Twitter) recently updated Orbis Suite with PS4 6.72 Jailbroken Console support...
RU77 (Russia 2077) for PS VR Teaser Trailer by MiroWin Studio
Following their Guns 'n' Stories: Bulletproof for PS VR Trailer, this weekend MiroWin Studio let us know they're developing a virtual reality game with the working title RU77 (Russia 2077) about...
Sony Clarifies New Voice Chat Functionality Coming to PS5 Next Month
Earlier this week Sony released the 8.00 PS4 Firmware Update followed by a PlayStation 4 Notification on Party Chat recordings with upcoming PS5 console users, and today they clarified details on...