Since launching in May 2020, the PlayStation Tournaments Open Series has brought players together from across the globe to compete in and enjoy their favorite competitive games.

We are excited to help even more players elevate their competitive play to the next level as we welcome three new titles to the Open Series in July.

The Summer Win-a-thon is a celebration of persistence and perseverance throughout July and August honoring the community’s most successful players.

Win more games in any of the thirteen Open Series titles for a spot on the leaderboard and more than just bragging rights. The top 8 participants that have the most wins at the end of the contest will win a PS5, while the top 1,000 earn at least $10 in PS Store Credit.

Increase your chances by experimenting with additional titles and tournaments, but play at your own pace. Monthly Final rounds do not count toward your total number of wins.

Participating Open Series competitions include:
Stay tuned to the Competition Center for weekly updates to the standings. Track your wins and rank, then learn how to improve before jumping back into tournaments.

Explore more details like the full prizing breakdown on the Competition Center.

The Open Series catalogue continues to make competitive gaming more accessible to all players through increasingly diverse events. Join free competitions for three brand new Open Series titles every week starting in July through the Competition Center or on your PlayStation 4 console.

Tournaments can be intimidating, so we set incentives to encourage you every step of the way. Play all four Swiss qualifier matches per title for rewards such as exclusive themes and avatars, then outperform other players to win greater prizes like $400 in the Monthly Finals.

The first strategy game featured in the Open Series, Auto Chess lets you build a unique army to conquer the board as you battle players around the globe. Methodical movement, anticipation, and multiple counters to every tactic make victories in this competitive strategy battler worth bragging about.

In addition to the traditional Open Series prizes, Auto Chess offers unique rewards like in-game cosmetics and currency. Head over to the program page for more information, including the rules and registration.
Guilty Gear Strive

Experience the newest iteration of this classic 2D, anime fighter. For over 20 years, Guilty Gear continues to redefine smooth, flashy animation. With 15 characters at launch and more on the way, now is the best time to get ahead of the competition.

Discover new tech, rivals, and training partners as you fight for a featured spot on the first Monthly Final broadcast on August 1.
Tekken 7

Tekken 7 is still thriving for anyone itching to join one of the longest-running competitive communities. Pick up one of this 3D fighter’s 50+ characters and prove you’re the next king of the iron fist.
To play, watch, and learn more about your favorite competitive games, and to see more information on the complete Open Series offerings in your regions, visit Compete.PlayStation.com. 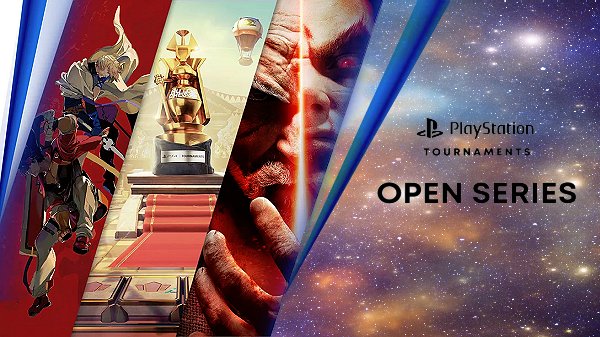