Earlier today Sony publicly released the PS4 Firmware 8.00 Update, and shortly after many users reported receiving a PS4 notification on PlayStation Party Chat recordings that according to Sony is intended when chatting with a PS5 user as part of their upcoming 'voice chat recording for moderation' functionality.

This comes following the previous PS5 AI Voice Assistance and PS5 Controller Built-in Microphone rumors, with Sony's current stance being that although other users can record PS4 Party Chats Sony as a company doesn't.

However, many may recall last year when it was discovered that drug trafficking exchanges were taking place via PlayStation Network's in-game voice chat and messaging system and the FBI Requested User Data from Sony including in-game audio recordings... although the jury is still out if they were actually archived and supplied to the Feds or not.

UPDATE: Following this update, users are seeing a notification about Party Safety and that voice chats in parties may be recorded. Voice chat recording for moderation is a feature that will be available on PS5 when it launches, and will enable users to record their voice chats on PS5 and submit them for moderation review.

The pop up you’re seeing on PS4 right now is to let you know that when you participate in a chat with a PS5 user (post-launch), they may submit those recordings from their PS5 console to SIE.

Here are some of the key features in this update:

Updates to Party and Messages

Following this update, Party and Messages will be more tightly linked together and you will see changes to the UI. Both apps will now use the same ‘Groups’ of players for Party voice chats and message exchanges, instead of having different groups setup across the two apps. So now you can start a Party chat or send a message to the group you’ve previously chatted with across PS4, as well as PS5 when it launches.

We’re expanding the collection of pre-set avatars for players to showcase on their Profile. An array of new avatars from your favorite games will be available, including Bloodborne, Journey, Ghost of Tsushima, God of War, The Last of Us Part II, The Last of Us Remastered, Uncharted 4: A Thief’s End and many more.

Mute all Mics from Quick Menu

We’ve added an option to “Mute all Microphones” in the Quick Menu, so you can easily mute your mics while gaming.

In addition, children can send a request to their parents to use communications features in specific games. When a child sends this request, the parent will receive an email notification and can choose to make an exception for that game and allow the child to use its communications and UGC features. This will provide more flexibility to both parents and children.

The 2-Step Verification (2SV) feature on PS4 will be enhanced to support third party authenticator apps as an option during the activation flow and 2SV sign-in across PS4, mobile and web.

After 8.00, you will no longer be able to create Events or access existing Events created by other users.

Updates to Remote Play App on Mobile and PC

At the same time as 8.00, the existing PS4 Remote Play app on mobile (iOS/Android), Windows PC and Mac, will change its name to PS Remote Play, and the option to connect to PS5 will be added. You’ll need to sign in to PSN from your PS5 to be able to access the feature, so sit tight until PS5 launches this November!

As a reminder, a PS4 system with a wired connection via a LAN cable is recommended to download the update. 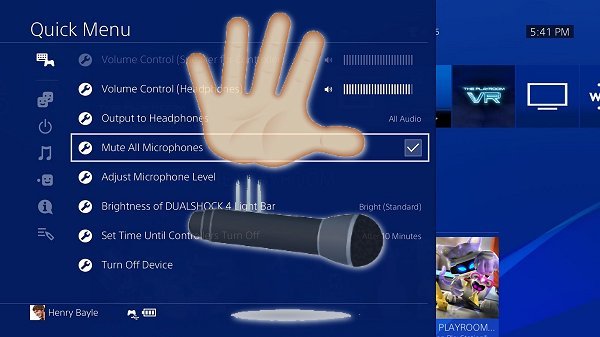 Member
Contributor
Verified
well it seems that they are going to invade our privacy again now this is bs. and one more thing just because we can mute our mic dosent realy mean that they are. we really don't know what they truly can and cannot access on there end.

Member
Contributor
Well, this won't change. The only thing you can hope for is anonymization of your data and that there won't be any backdoors. Snowden is now more than 7 years ago and still its relevant as ever.

Share:
Facebook Twitter Reddit Email Link
Recent Articles
PS4-to-PS5 Free Digital Game Upgrades Maintain Both Separate Versions
For those curious how free digital PS4-to-PS5 Game Upgrades will be handled such as in Scarlet Nexus, Sony's PlayStation Support confirmed when asked by bigpapijugg that both versions will be...
PS5 Fan to Receive Optimization Software Updates Confirms Sony VP
Similar to many of Sony's other consoles, the PlayStation 5 will indubitably receive PS5 Firmware Updates, DualSense PS5 Wireless Controller Software Updates (now appearing at retailers including...
WWE 2K19 PS4 Mod Ports and Modding Tutorial by Tekken57
These are mods which I have sculpted and created for the steam version of the game and have now ported to the PS4 version of the game. The video clips are recorded on the PS4. WWE 2k mods by...
PS4 6.72 Exploit Menu Updates by Leeful74, PlayStation Bounty by TheFloW
Following his PS4 6.72 Jailbreak Exploit Menu & PS-Phwoar! Host Menu Demo, PlayStation 4 homebrew developer @Leeful (Leeful74 on Twitter) recently shared some new PS4 6.72 Exploit Menu Updates...