As expected, they didn't report on any new PlayStation 5 News, but released several new PS4 game trailer videos to drool over.

State of Play December 2019: All the Announcements 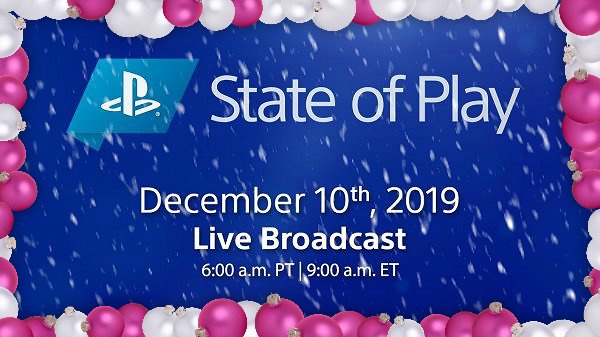 You must log in or register to reply here.
Share:
Facebook Twitter Reddit Email Link
Recent Articles
Random Content ID (CID) Generator for PS4 PKG Files by Backporter
Since his DDS Converter for PS4 Themes PlayStation 4 developer @Backporter returns this weekend via Twitter with a Random Content ID (CID) Generator that will generate a random Content ID for PS4...
Sony Announces End of PlayStation 3 (PS3) Partial Message Service
Proceeding their PS3 End of Production a few years back, Sony of Japan announced the end of PlayStation 3's partial message service as of June 30, 2020.