PS4 News       Thread starter PSXHAX       Start date Dec 7, 2021 at 1:20 AM       2,742       19
Since the previous PS Now update and final round of PlayStation Plus games for 2021, Sony has revealed their last batch of incoming PlayStation Now titles for December amid PlayStation 'Spartacus' Service Rumors that left some hesitant to renew current subscriptions.

Experience the epic open-world adventure that started it all, updated for a new generation with across-the-board enhancements, bringing these beloved worlds to life with all new levels of detail.

First released on PS2, relive two of the greatest RPGs of their generation widely acclaimed for their moving stories, endearing characters, and memorable adventures.

Final Fantasy X takes you to Spira―a world terrorized by the supernatural monster Sin. The temple of Yevon teaches that the monster is a physical manifestation of mankind’s sins, and following the temple’s teachings and atoning could purge it. Yuna, a young woman from Besaid, is a summoner who embarks on a pilgrimage to defeat this terror.

Tidus, a young man from another world, joins her as her guardian. The mysteries revolving around Sin unfold as they set off on a journey to save the world. Final Fantasy X-2 returns to the world of Spira two years after the beginning of the Eternal Calm.

Having been shown a mysterious but familiar image in a sphere, Yuna becomes a Sphere Hunter and along with her companions Rikku and Paine, embarks on a quest around the world to find the answers to the mystery within.

Each weapon changes up the tactics you’ll use and the manner in which you’ll play. Ammo is finite and realistically simulated, so time your reloads and make the most of weapons you scavenge on the job.

Spitlings is a chaotic action arcade game for one to four players. It puts you in control of the titular Spitlings: charming rectangular creatures with teeth they can spit at bubbles or use to jump.

Your goal is simple, but hard to achieve: Get rid of all the bubbles bouncing around the screen! Enjoy local or online co-op multiplayer, and customize your game mode in Arcade and get spitting! 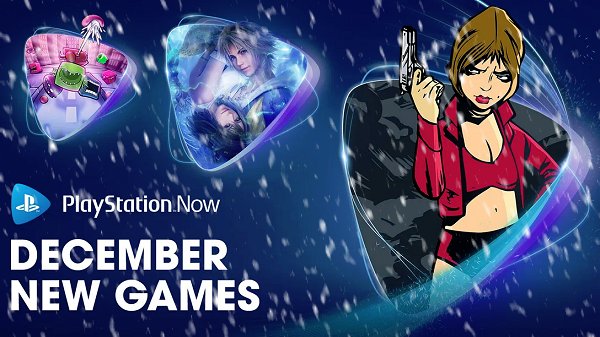 Member
Contributor
Garbage as usual. PlayStation Now is a joke

Member
Contributor
Verified
I agree, PS Now is a joke

Member
Contributor
Verified
i was hoping for san andreas