Check out what else to expect in December, 2017 on PlayStation Plus courtesy of the James Hallahan, as follows to quote:

Become Death, the most feared of the legendary Four Horsemen, in Darksiders II Deathinitive Edition. The Deathinitive Edition includes all DLC, alongside updated graphics rendering and reworked game balancing. It is instantly playable and sure to make this a Deathcember to remember.

In Kung Fu Panda: Showdown of Legendary Legends, face off alongside or against Po and other Kung Fu Panda characters in up-to four person battles in the iconic Kung Fu Panda universe. This is the perfect game to bring families together for some friendly rivalry during the holidays.

This month's PlayStation Plus lineup also includes:
As a reminder, we are giving PlayStation Plus members a bonus PlayStation VR game – Until Dawn: Rush of Blood. It’s available now through January 2 for PlayStation Plus members in U.S., Canada, and Latin America. This survival horror arcade shooter will be sure to give you a scare as you blast your way through hordes of enemies. Download it now (if you haven’t already) and buckle up for the most disturbing roller coaster ride you’ll ever take.

Monster Hunter: World is rapidly approaching its release, but you can get a taste of the hunt from December 9 to December 12 exclusively as a PlayStation Plus member. In this beta, you’ll be tasked with hunting a Great Jagras and an Anjanath in the Ancient Forest, as well as a Barroth in the Wildspire Waste. While these are your main quest targets, be on the lookout for other deadly monsters roaming each ecosystem. 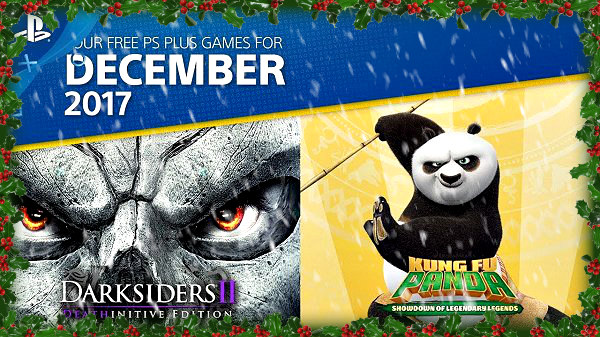 And I dont like digital download.. Physical copy is the best one to save the space of hard drive.

Senior Member
Contributor
Verified
Get a 2tb external hdd you will be sorted with space issue. Got about 20 games on mine still lots space left.

Ganger121 said:
Get a 2tb external hdd you will be sorted with space issue. Got about 20 games on mine still lots space left.
Click to expand...

Yeah.. I already have one when PS4 3.55 or above jailbreak is available. I have PS3 with 1TB external hdd.
You must log in or register to reply here.
Share:
Facebook Twitter Reddit Email Link
Recent Articles
PS5 PKGs Surface: Include Share Factory Studio for Scene Devs to Examine!
Following the recent PS5 UI / UX Unveiling and PS5 XML List updates we now have reports of the first PS5 PKGs surfacing, including a Share Factory Studio PS5 Package for PlayStation 5 Scene...
PS5 Unboxing Videos and PlayStation 5 Games Live on Sony's Servers!
As predicted a few days ago, many are bypassing the October 30th release date for PS5 accessories and mainstream media is already receiving PlayStation 5 consoles for press unboxing revealing the...
PlateStation5.com: Custom PS5 Replacement Faceplates for PlayStation 5
Ever since the PS5 was officially unveiled by Sony, many longtime PlayStation fans criticized that the white exterior shell should be black like the PS5 Prototype Images that surfaced... as a...
Sony Unveils PS5 Launch Day Media Entertainment Streaming Apps
While nothing compares to Plex Media Server for streaming ALL my favorite Films / Movies & TV Shows free forever instead of paying monthly subscription fees to watch the same content available via...