To quote from PlayStation Plus' James Hallahan: Full Lineup
Here’s a bonus for PlayStation VR owners: PS Plus members in the US and Canada will also get RIGS Mechanized Combat League as a free bonus game from September 5 through November 7. RIGS is a first-person arena-based shooter developed from the ground up for PS VR.

Set in the year 2065, it immerses players in an intense, all-action future sport that mixes elements from different athletic fields like combat sports, motorsports, basketball and football.

For those of you who don’t have PlayStation VR yet, we just announced a new PS VR bundle that includes PlayStation Camera for $399 USD (MSRP) / $499 CAD (MSRP).

Also this month, PlayStation Plus members will be able to play Dead by Daylight from September 15 through 18 for free. Afterwards, members can save 30% on the game with an exclusive discount until September 22.

As a reminder, That’s You! is available as a free download (as is the Companion App, which you’ll need to download to your device to play) for all PlayStation Plus members through October 23, so if you haven’t checked out the game yet, now is your chance. And there you have it! See you next month. 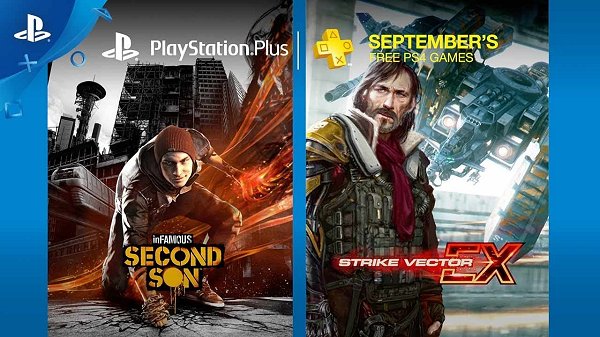