Here are the details from Sony Global Marketing VP Mary Yee, to quote:

Arriving just in time for the holiday season, this new bundle features a jet-black 1TB PS4 Pro system, alongside a matching DualShock 4 wireless controller, and a copy of Call of Duty: Modern Warfare on Blu-Ray Disc.

In Call of Duty: Modern Warfare the stakes have never been higher, as players take on the role of lethal Tier One operators in a heart-racing saga that will affect the global balance of power.

Players can also enjoy a variety of gameplay options, ranging from a visceral and dramatic single-player story campaign, to classic multiplayer, or cooperative play through a collection of elite operations accessible to all skill levels.

With PlayStation 4 Pro, Call of Duty: Modern Warfare fans can look forward to a number of features to help bring the most photorealistic environments in franchise history to life. 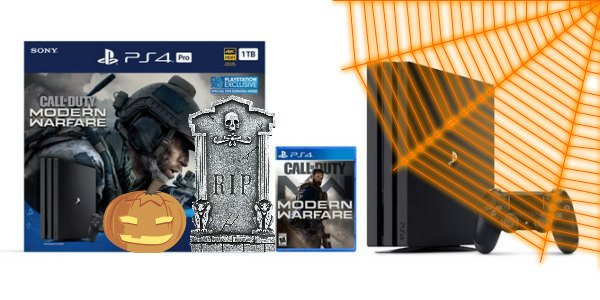 You must log in or register to reply here.
Share:
Facebook Twitter Reddit Email Link
Recent Articles
Call of Duty: Advanced Warfare PS4 Mod Menu 1.23 is Now Available
Earlier this week we saw some GTA V PS4 Mod Menu 2020 Demos, and today PlayStation 4 scene developer @CustomHooker shared via Twitter a Call of Duty: Advanced Warfare PS4 Mod Menu 1.23 with help...
PlayStation Store's Totally Digital Sale Live with Savings on PSN Games
Get set to awaken a mysterious power within to save the world in Indivisible, make a daring escape with a little help from a friend in A Way Out or fight your way through the perfect run in the...
PlayStation 5 User Interface (PS5 UI) Rumored Image Leak Surfaces
An image that is rumored to be a screenshot of the current PlayStation 5 User Interface (PS5 UI) has reportedly leaked by an Anonymous game studio employee on the popular 4Chan bulletin board.