Below is the list of what we'll see in January according to James Hallahan, to quote:

This month we have the excellent Day of the Tentacle Remastered and This War of Mine: The Little Ones.

First up, we have the zany Day of the Tentacle Remastered. This is a mind-bending, time traveling, puzzle adventure in which three unlikely friends work together to prevent an evil mutated purple tentacle from taking over the world. Originally released in 1993, this remastered game is a classic and not be missed.

Now, if you are looking for something a bit more serious, look no further than This War of Mine: The Little Ones. Play as a group of civilians trying to survive in a city under siege while struggling to collect food and medicine. Make life-and-death choices driven by your conscience, while dealing with the constant dangers of war. 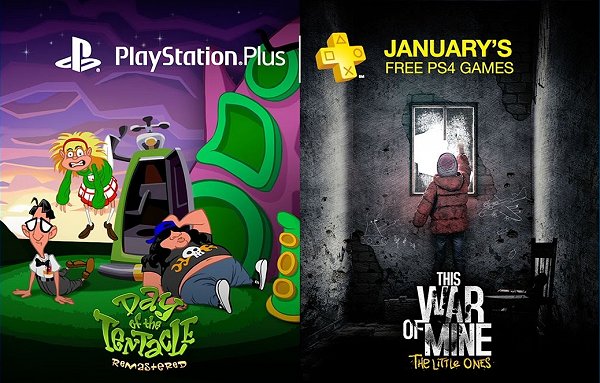 Developer
Senior Member
Contributor
I completely agree. To hype some people up BananaMFW is currently in works!

Senior Member
Contributor
Verified
Is mfw for ps4? Then HYPE IS REAL

PSXHAX said:
Is BananaMFW a product of BS (Banana Squad)?
Click to expand...

Seedlord said:
Is mfw for ps4? Then HYPE IS REAL
Click to expand...

Senior Member
Contributor
Verified
I'm slowly regretting buying PSN. No good games maybe 3 but that's it ever since i got the PS4 there's only been 3 or 4 good PSN that's pretty sad.