Below are some highlights of the game's features and the official Steredenn E3 2016 PS4 trailer video... but wait, there's more!

They would also like someone from our site to post a review on Steredenn for PlayStation 4, and are offering us a promo code for either the SCEA (USA) or SCEE (Europe) region.

If you are a Senior Member, VIP Member, Moderator or Developer (refer to our UserGroups) and are interested in reviewing Steredenn on PS4 post a reply below expressing your interest.

STEREDENN is a frenetic and chaotic space shooter, carved in big beautiful pixels with insane boss battles. Embark in your ship and engage the fight against dreadful space pirates in a never-ending combat for your survival. The game is fast, addictive, hard and action-packed.

STEREDENN is at the crossroads between a shmup and a roguelike. The gameplay is infinite and unforgiving. The levels are (almost)-randomly generated, with a lot of different and completely unpredictable events (asteroid fields, laser rains, meteor showers, an old battlefield, labyrinths of lasers, etc.).

Boss fights are hard, intense and epic. And each time you defeat one of those, you can upgrade your ship to unlock new powers and abilities. Grab your guns and go kick those big-badass-bosses you'll definitely encounter. Forge your own path across the universe. Good luck. 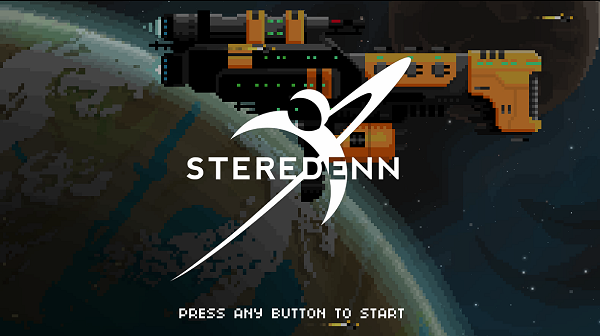 Senior Member
Contributor
Sorry, NO, im still trying to finish 1942.
Send kisses and emoticons to Pixelnest Studio (as some of you).

Staff Member
Moderator
Verified
Completely understandable, if no takers by tomorrow I'll Tweet it and see what happens

Senior Member
Contributor
Some people dont know how to do a review, maybe if pixelnet sends some tips im sure readers will be interested in it.

Staff Member
Moderator
Verified
I hear ya, I also think it's that a lot of people who have viewed this didn't meet the UserGroup requirements set earlier on too.