This comes following the recent PS4 4.01 / 4.05 Code Execution proof-of-concept and of course the Adieu: PS4 Kernel Exploit for Firmware 4.05 documentation by the Fail0verflow Team.

Here's an excerpt from @SpecterDev via Wololo's recent interview, to quote:

Wololo: Speaking of your implementation, do you still plan on releasing it? If so, do you have a rough estimate of how far you are? What are the issues you’re dealing with when it comes to this implementation?

SpecterDev: Yes I do, I’m at that point of leaking a good object to ensure the exploit is stable. I do have a good object leaking as well as a trigger for code execution, it’s just a matter of how practical it is to implement into the exploit, which I am currently testing now. After I know the object can be used effectively in the exploit, things get much easier. I hope to get a release out soon (within the next week or so) – I’ve just been busy with real life stuff so with the exception of weekends, I don’t have a lot of time to work on the exploit during the week.

I’ll also be publishing a write-up for the kernel exploit when it is ready, in it I’ll break down how the exploit works step by step. My hope is it will not only be a nice read for security researchers interested in the PS4, but will also give those in the community without a background in infosec a bit more information on how big releases involving kernel exploits work behind the scenes. Maybe it will inspire some to look into software security where they otherwise would not have

Here's looking forward to his PlayStation 4 v4.05 Kernel Exploit release in the next week or so alongside the related documentation for other PS4 developers to examine and put to good use for the scene!
Thanks to both @hyndrid and @Plankton for the heads-up on this PS4 v4.05 OFW progress update in the PSXHAX Shoutbox! 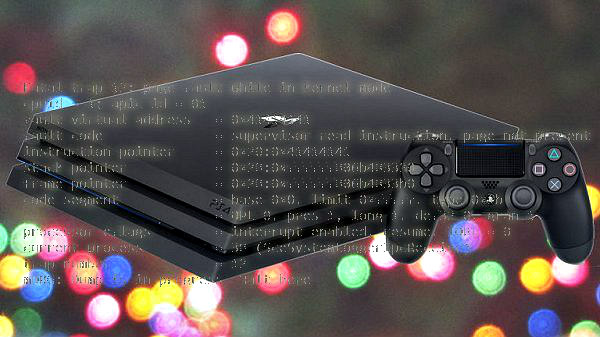 Senior Member
Contributor
this is wsap

Besides the exploit itself i'm also looking forward to:

but will also give those in the community without a background in infosec a bit more information on how big releases involving kernel exploits work behind the scenes.
Click to expand...

Member
Contributor
excuse my ignorance, i am at fw 3.55, i could upgrade to 4.05 without any problems?

Staff Member
Moderator
Contributor
Verified
You can using THIS guide, however as you are probably aware lower is almost always better for hacks when it comes to console Firmware versions.

Senior Member
Contributor
Verified
This is great to hear. I'm on 2.57 so updating to 4.05 or which ever newer won't be a problem (last I read).

Member
Contributor
and updating to 4.05 which games will you be able to play?

Senior Member
Contributor
Just have a look here or here.

Those are the best lists available afaik

Jhonny said:
and updating to 4.05 which games will you be able to play?
Click to expand...

any game released before 17/11/2016 will do.
some games released slightly after may also be playable.

Senior Member
Contributor
Verified
Amazing interview. I look forward to installing PT and finally getting the chance to play through it