Amidst a Spine PS4 Emulator for Linux rumored to be in development by devofspine (YouTube Channel) come conflicting reports from both Reddit users labeling it as an old April Fool's joke and fake to established PS4 scene developers who state the SpineDemo is indeed legitimate containing PS4 symbols and function names (resolver).

Previously we've seen an Orbital PS4 Emulator in development, but according to @zecoxao (notzecoxao via Twitter) on this latest PlayStation 4 emulator to quote: "Megaman Legends runs at steady 60 fps in my ryzen 5 1050 ti (although no audio)" followed by confirming "We are doomed also works."

To quote from the README.md:

NOTE This repository contains sources of a Flatpak package for spinedemo. Spinedemo is a demo version of spine which is a Wine-like PS4 emulator for Linux that is being developed in private.

Linux installation with working OpenGL acceleration (3.3+). Preferably native
for better performance but at least one VM is known to work.

Code:
Alternative version was built on Fedora 29 and statically linked. It requires only OpenGL and SDL2. It is provided in the static directory.

This was done because version built with flatpak runtime doesn't seem to work with Nvidia drivers.

Supported games (md5 of executable, other dumps may also work):
Releases are currently tested on:
3. Running

Dump the game on your PS4 and copy the resulting files to your PC.

Code:
4. Controls
5. Changes
While PlayStation 4 scene developers continue to debate and determine the authenticity of this rumor, those interested can check out the demonstration video below and share your thoughts in the comments. 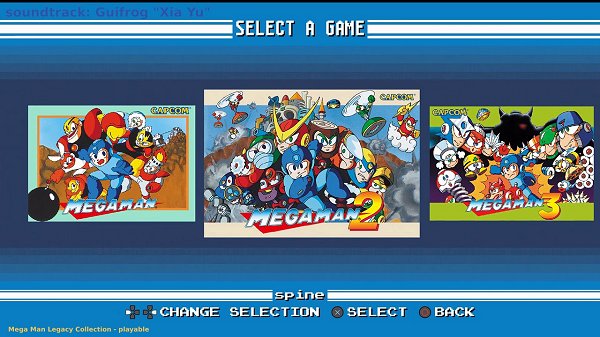 Senior Member
Contributor
What the hell is this?

Member
Contributor
It's a HLE PS4 emulator similar to Wine for Linux (High Level Emulation, it translate PS4 API calls to Linux equivalent, a different approach than Orbital), most recent release can run PS4 Megaman Legacy and We Are Doomed, not only there's a video but the emulator itself can be downloaded in the GitHub page if someone want to test it.

The developer wanted to push out an early build/demo to be on record as the first PC emulator able to run PS4 commercial titles.

From what I can tell it's legit, I've tried We Are Doomed (I copied the files straight from my PS4 to my PC) and if you don't consider some render glitches, it works surprisingly well.

Senior Member
Contributor
i think i buy ps4 to play modern games, retro game like that can be played through android device

and i think by making this emulator for ps4 is a another step stone to create better emulator for ps4 console like psp, ps vita, nds, 3ds since ps4 hardware is muchh more capable emulating those device rather than emulating like 386 dx retro pc i think it would be waste if final emulation ps4 project is only aiming for 80's 90's retro hardware

Senior Member
Contributor
Anybody have a nintendo switch emulator??

Senior Member
Contributor
The switch emulator is called Yuzu. I haven't tried it yet, but I've heard it runs pretty well.

Member
Contributor
Verified
Nice to see lamermods is keeping consistent with being an assclown.

Oh and nice emu too.