By now we’re hoping you’ve heard quite a bit about what we have planned for you in Star Wars Battlefront II: an original single-player story, multiplayer battles across all three cinematic eras, completely revamped flight controls and space combat, and a roster of your favorite heroes and villains.

We have some good news: Star Wars Battlefront II’s open beta is coming this October.

We know you’re eager to find out what’s headed your way in the beta. Here’s what’s inside:

We’re not sharing all the details around this yet, but we can tell you that you’ll be able to take part in an epic starfighter assault set during the original trilogy era, piloting an assortment of Star Wars’ greatest ships in an objective-based, multi-stage battle. You’ll be learning much more about starfighters in Star Wars Battlefront II at Gamescom.

When can you start playing?

If you pre-order Star Wars Battlefront II, you can jump into the beta early. Players who pre-order gain access to the beta October 4 – the beta opens to the public October 6, and lasts through October 9.

Clear your schedule, tell your friends, and get ready to get a glimpse into the beautiful, massive world of Star Wars as you never have before.

How Do I Get in Early?

Pre-Order Star Wars Battlefront II from PlayStation Store for early access to the beta, as well as a number of other content bonuses. And keep an eye on PlayStation and on EA Star Wars on Twitter, Facebook, and Instagram for the latest news on what’s coming next. 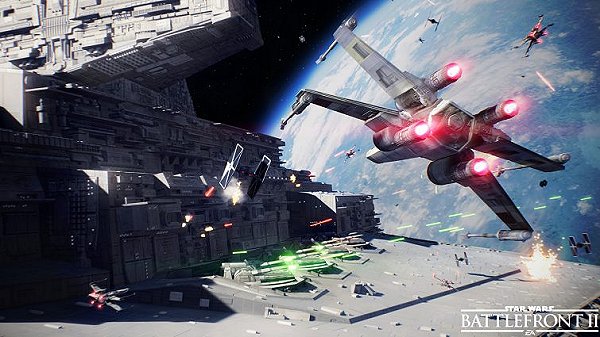