PS4 News       Thread starter PSXHAX       Start date Jul 10, 2021 at 2:21 PM       1,082       4
Many were left underwhelmed by this month's PlayStation State of Play event, however, I missed it when it first streamed so here's a brief recap of the news and individual PlayStation video game trailers that were featured including Deathloop, Moss: Book II, Arcadegeddon and more!

Quill is back! In Moss: Book II, the story picks up right where things left off following the successful rescue of Quill’s uncle Argus. Your adventure continues with the revelation that a winged tyrant leading the Arcane forces has turned its focus on Quill and is now on the hunt for her within the hexed castle where her uncle was held captive.

Lined with dangerous terrain, challenging puzzles, and enemies twisted in fire and steel, Quill’s journey will be trying—filled with triumph and heartbreak alike—but new allies, old friends, and the very nature of the castle itself can help as she works to save the world from a great unmaking.

Midgard is under siege from unwelcome visitors. Mythical creatures, deadly spirits, and gigantic brutes threaten to bring on Ragnarok—the end of the world! It’s up to you, a mighty Einherjar, to cut short your glorious feast in Valhalla and return to Midgard.

There, you’ll need to become the ultimate Viking and survive—even thrive—to save your village, and the world, from total destruction.

Luckily, you don’t have to brave it alone: your (mostly) fearless tribe of co-op companions will help you build up village defenses and find treasures through a vast, beautiful realm—all while doomsday ticks closer and closer.

But don’t let that stop your tribe from having the best apocalypse of your lives. “Surthrive” the Viking way in Tribes of Midgard, a multiplayer, action-survival RPG of gigantic proportions. Pre-Order Tribes of Midgard today!

The action-exploration game F.I.S.T.: Forged In Shadow Torch comes to PS5 and PS4 on September 7, 2021. Pre-order the game now to claim the exclusive bonuses content.

Dive into the mystical world of Hunter's Arena! Become a Hunter and fight against demons as well as each other to survive in the dangerous age of ancient demons. Hunt or be hunted, this is Hunter's Arena!

Hunter's Arena launches into PlayStation Plus starting August 3, for PS4 and PS5.

Welcome to The Club. Sifu is the new game of Sloclap, the independent studio behind Absolver. A third person action game featuring intense hand-to-hand combat, it puts you in control of a young Kung-Fu student on a path of revenge. Coming out on PlayStation in early 2022.

Become the blade that destroys demons!

Take up the sword as Tanjiro Kamado, a Demon Slayer who is on a journey to avenge his murdered family and restore his sister Nezuko—who was transformed into a demon—back to human form, and defeat the demons that threaten humanity!

From the creators of the Yakuza series, Lost Judgment weaves noir narrative and action-packed investigations into a mystery thriller. With fresh cases to crack in a new location, take control of street-fighting detective Takayuki Yagami in Ryu Ga Gotoku Studio’s upcoming action game. Do you have what it takes to solve the perfect crime?

Tomorrow is in your hands. From legendary game creator Hideo Kojima comes a genre-defying experience, now expanded and remastered for the PlayStation 5 console in the definitive Director’s Cut. Out September 24, 2021. Pre-order now!

In the future, a mysterious event known as the DEATH STRANDING has opened a doorway between the living and the dead, leading to grotesque creatures from the afterlife roaming the fallen world marred by a desolate society.

Take on the trials of Sam Bridges with advanced combat, explore new locations with extra missions and minigames, experience an extended storyline and much more.

Prowling stealthily across rooftops or tearing through the streets of Blackreef in a hail of bullets. Finding a hidden entrance or busting in through the front door.

There are many ways to reach your targets in DEATHLOOP. Our target in this extended look at the game is the Visionary Aleksis “The Wolf” Dorsey. Watch Colt infiltrate his well-guarded nightly party and take him down.

Launching September 14, 2021 on console exclusively for PlayStation 5 and available on PC. Available for pre-order now!

If At First You Don’t Succeed... Die, Die Again. 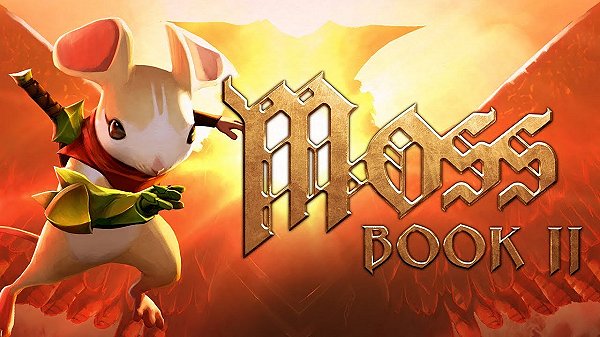