Lately PlayStation developer @SilicaAndPina is on a role with the recent GameMakerPS4.pkg, GayMaker: Studio and AnUntitledStory PS4 packages while today's homebrew release via Twitter consists of a Street Racing PKG GM8 game sample followed by a CreeperDiver PKG, a Spelunky Classic HD PKG port by tijesef, a Deltarune (Undertale 2) PKG by idumpvitastuff, a Chip and Dale: Remastered PKG port by tijesef and a Quickz Game PKG by @Quickz (Twitter).

I ported the Street Racing.gmk example game (the best game XD) that was included in GM6-GMHTML5 to the ps4 using GayMaker: Studio. Have fun ^-^

CreeperDiver is a game i made about 1yr ago in GameMaker 8.1, and i just remembered it existed so i tried porting it to ps4 via GayMaker:Studio lol (wew finally a game i made on the PS4 XD)

Click on buttons using the touchpad on the DS4, (i was too lazy to change them to not use mouse)

And from tijesef on the Spelunky Classic HD port to PS4 PKG release:

You may know that Spelunky already exists on PS4/PSVita. But this is a remake. What if you want to try the old good original? Now you can. Original port to GameMaker: Studio by yancharkin.

Controls should be the same as PSN Spelunky are, maybe with slight differences.

idumpvitastuff also made available a Deltarune (Undertale 2) PKG stating the following, to quote:

Hello~ thanks to some stuff by dots_tb its now possible to use GMS2 on ps4, which means.. we can also run Deltarune (undertale 2) !

The controls are a bit weird (R1 = confirm) - i cant change them i have no src code. but it does work nonetheless!

Also from tijesef on the Chip and Dale: Remastered port to PS4 PKG release:

You can also press O in main menu to switch between ORIGINAL and REMIX audio. (or disable audio entirely)

Thanks to Denis (for testing), YellowAfterlife (helped with audio), and Aurora (The_Zett).

B&nder Bar PS4 PKG from Red-J (Twitter) to quote, roughly translated: Our friend and developer Red-j offers us to discover his first title established with gamemaker.

The game is called B & nder bar, the soundtrack is highway to hell, and the objective of this game is to accumulate points by harvesting falling beers, and avoiding soft drinks (ice tea, orangina, which make you lose points and life).

The theme of this fun game is a bar that Red-J sometimes plays in these long winter evenings.

Red-j would like to thank SilicaAndPina for the port of Gamemaker on PS4 and he adds that the images are taken from the Beta version.

To quote from PSXITA.it, roughly translated: PSXITArch Linux v2: a distro for PS4 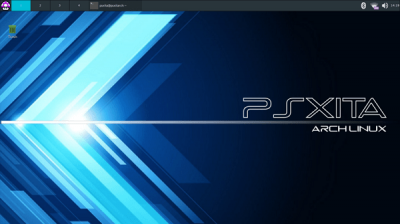 More than 8 months have passed since the launch of Psxitarch Linux, in the meantime many steps forward have been made and it seems that time is finally ripe for the release of a new version.

But first.. we would like to thank Marcan with all my heart for bringing linux on PS4 and 2 guys with whom we "worked", collaborated and shared our passion for linux, much of what you will find in psxitarch is also the result of their work. Who I am?

Eeply: just to mention a few things in his curriculum: D, it is thanks to him if today we have the audio working through hdmi, support for ps4 slim, ps4 pro (including hardware acceleration), a better performing GPU thanks to activation of all CUs and the Clock setting.

Masterzorag: "The Master Of Linux ", when we had some doubts it was enough to ask him, the first to understand how to make those damned drivers amdgpu .. XD For those who are interested also keeps on his repo the drivers to get the acceleration 3D hardware on Fedora.

Without them all this would not have been possible .. Bring some love to these guys!

Let's move on to the distro..

The installation is identical to the previous version, DO NOT use other bzimage, initramfs or linux loader! Take only those linked on this page!

ATTENTION: the device you will use for the installation will be completely formatted, all the data will be deleted!

IMPORTANT: for the moment the payload of the linux loader provided here is valid only for those on the 5.05 fw. Weather permitting we will add those for the other fw.

Requirements
The distro does not require you to enter your username and password but you will need them in case you would like to get root permissions:

You can use the payload you prefer at any time but during the installation of psxitarch you NEVER use the vram3 payload.

NOTE: RAM and VRAM are a single block, so more vrams assigned and less RAM. Do your accounts.

We want to thank the people who have and continue to contribute to the development of Linux on PS4 (hoping not to forget anyone) Valentinbreiz , shuffle2 , flatz , CelesteBlue , Vultra

The testers, who have endured for all these days, thanks for the patience guys
Shim , antonwantstosleep , glitch, Astromatik, Anekcahap

PS4 5.05 Display fix by ps4gentoo payload for fixing the display (black screen with signal on display).

Little fix for guys with Black Screen and Signal on Display, maybe a fix for you? for me its working fine for running Linux on 1080P PC-Monitor.

with original files from psxita v2 i have only black screen on my PC-Monitor but with this little fix now its working .. for my Sony 4K TV i dont need the fix. linux is running fine on Sony 4k Screen with PSXita original files. mhmhm....

Code:
Thanks to all Devs 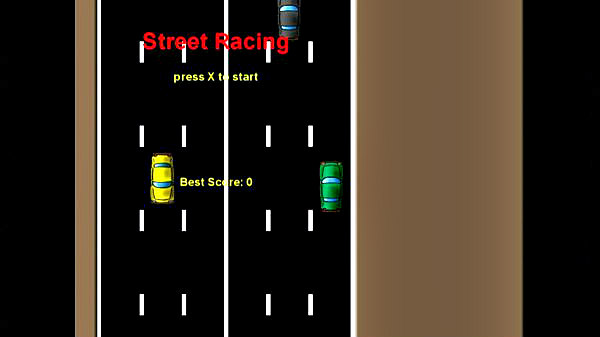 Senior Member
Contributor
Verified
thx for sharing - maybe this is the beginning of something new.

Member
Contributor
I have a question, if I apply this payload, would all my console games be deleted? or is only the unit where linux is loaded?

Thanks for answering, from Mexico, greetings!

Staff Member
Moderator
Verified
The OP is now updated with a CreeperDiver PKG, a Spelunky Classic HD PKG, a Deltarune (Undertale 2) PKG, a Chip and Dale: Remastered PKG and a Quickz Game PKG for those interested in giving them a try with a B & nder Bar PKG below.

Senior Member
Contributor
Verified
it gave me a "site cant be reached" error. i just tried it with VPN and it worked, so i guess it must be a geographical thing