Arrested on Indictment from Western District of Washington

Seattle — Two leaders of one of the world’s most notorious videogame p!racy groups, Team Xecuter, have been arrested and are in custody facing charges filed in U.S. District Court in Seattle.

MAX LOUARN, 48, a French national of Avignon, France, YUANNING CHEN, 35, a Chinese national of Shenzhen, China, and GARY BOWSER, 51, a Canadian national of Santo Domingo, Dominican Republic, were charged in a federal indictment unsealed today. The indictment alleges the defendants were leaders of a criminal enterprise that developed and sold illegal devices that hacked popular videogame consoles so they could be used to play unauthorized, or backup, copies of videogames. The enterprise targeted popular consoles such as the Nintendo Switch, the Nintendo 3DS, the Nintendo Entertainment System Classic Edition, the Sony PlayStation Classic, and the Microsoft Xbox.

“These defendants were allegedly leaders of a notorious international criminal group that reaped illegal profits for years by backing up video game technology of U.S. companies,” said Acting Assistant Attorney General Brian C. Rabbitt of the Justice Department’s Criminal Division. “These arrests show that the department will hold accountable hackers who seek to commandeer and exploit the intellectual property of American companies for financial gain, no matter where they may be located.”

“These defendants lined their pockets by stealing and selling the intellectual property of other video-game developers–even going so far as to make customers pay a licensing fee to play stolen games,” said U.S. Attorney Brian Moran. “This conduct doesn’t just harm billion-dollar companies, it hijacks the hard work of individuals working to advance in the video-game industry.”

“Theft of intellectual property hurts U.S. industry, game developers, and exploits legitimate gaming customers. All of which threaten the legitimacy of the commercial video game industry,” said Eben Roberts, Acting Special Agent in Charge, Homeland Security Investigations, Seattle. “We are committed to working with our international partners to find criminals like these who steal copyrighted material and bring cyber criminals to justice.”

“Imagine if something you invented was stolen from you and then marketed and sold to customers around the world. That is exactly what Team Xecutor was doing,” said Raymond Duda, FBI Special Agent in Charge Seattle. “This is a perfect example of why the FBI has made the prevention of the theft of intellectual property a priority. These arrests should send a message to would-be pirates that the FBI does not consider these crimes to be a game.”

According to court documents, the Team Xecuter criminal enterprise is comprised of over a dozen individual members located around the world. These members include developers who exploit vulnerabilities in videogame consoles and design circumvention devices; website designers who create the various websites that promote the enterprise’s devices; suppliers who manufacture the devices; and resellers around the world who sell and distribute the devices. The indictment alleges that due to the illegal nature of its business, Team Xecuter continuously sought to evade enforcement efforts by victim companies, financial institutions, and law enforcement. Notably, Team Xecuter attempted to protect its overall business by using a wide variety of brands, websites, and distribution channels, according to the indictment. From approximately June 2013 through August 2020, Team Xecuter used a variety of product names for its devices, such as the Gateway 3DS, the Stargate, the TrueBlue Mini, the Classic2Magic, and the SX line of devices that included the SX OS, the SX Pro, the SX Lite, and the SX Core.

In September 2020, LOUARN and BOWSER were arrested abroad in connection with the charges in this case. The United States will seek LOUARN’s extradition to stand trial in the United States. BOWSER was arrested and deported from the Dominican Republic and appeared today in federal court in New Jersey.

The charges in the indictment are merely allegations, and the defendants are presumed innocent until proven guilty beyond a reasonable doubt in a court of law.

This case is being investigated jointly by the Federal Bureau of Investigation and Homeland Security Investigations.

This case is being prosecuted by Assistant U.S. Attorneys Francis Franze-Nakamura and Brian Werner of the Western District of Washington, and Senior Counsel Frank Lin of the Justice Department’s Computer Crime and Intellectual Property Section, with significant and ongoing assistance from the Justice Department’s Office of International Affairs. The Department appreciates the significant cooperation and assistance provided by its foreign government counterparts and the Government of the Dominican Republic, and Interpol Dominicana. 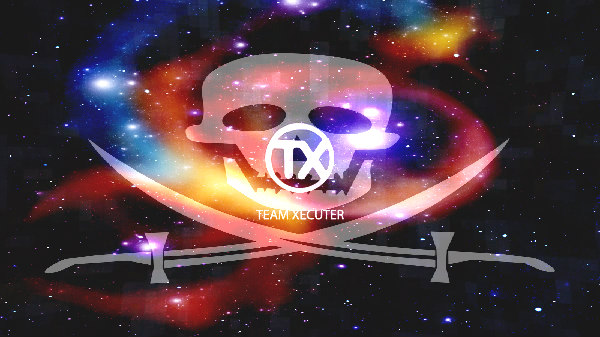 Senior Member
Contributor
Verified
I think if you sell the products they have, this was going to happen eventually.

Staff Member
Moderator
Verified
It's never wise to offer commercial game ROMs with modification devices being sold for profit... which eventually drew unwanted legal attention that led to the reseller bust and consequently their own downfall.

Years ago they got spanked by Sony and the ESA (among others), and now Nintendo put the smackdown against circumvention schemes like this so hopefully homebrew in future console generations will return to a FREE and OPEN SOURCE scene instead of recruiting devs to profit from it and then get busted over Re-DRM products.

It wouldn't surprise me if this legal action directly or indirectly affects others also... in the past, OPA was a silent partner for scene sites hosting files on servers under his control for them.
When skimming through the indictment, the only part I don't care for is the mention of "support forums for circumvention devices" which many scene sites could fall prey under if a precedent was set and more companies pursued it. We'll see what happens next...

Senior Member
Contributor
With all the problems the US and the rest of the world have going on now, glad that the Department Of Justice has their priorities in order.

VIP Member
Senior Member
Contributor
Verified
It's all about money and only for money. The rest are ground words and opinions. Lawyers and money, will do their job for those arrested. An agreement is always reached. Nintendo does not want a sentence of many years in prison. He will roll his name in association with scandal and lawsuits on the conveyor belt. They will fall to an agreement. We'll see who that is. It is my opinion.

Senior Member
Contributor
Verified
This reminds me of when Mr Modchips was busted in the uk. He was done for selling TX Xbox products mainly.

Member
Contributor
Verified
I don't think Nintendo will settle for money. They want to make an example out of TX

Developer
Member
Contributor
Verified
he was living in the Dominican Republic and no its not the first time they have been smacked with lawsuits. he used to run gen x computers in toronto, the business license issue was in 2002 of april. they are old school dongle crackers redrm/drm.

team executer had a couple people. Gary Edmunds, Paul Owens etc.
PDX, Echelon Kalisto many names. it is not surprising the feds were involved in high profile takedowns like operation fastlink is what resulted in many famous groups being taken down, being forced to disband
or just leave altogether.

Staff Member
Moderator
Verified
It's a shame Paul Owen allegedly sold his part of TX to Max and according to Gazza (circa 2017) was "involved in Cronusmax and no other console mods" or they would've nailed that conartist again also.

Back in time before most were around he ran NeoTechnologies, PlayStationMods and even peddled satellite cards via Digital-Forums until Paul Owen and several cronies (including some underage girls) all got raided... it was all over the papers back then (around 2002 or so), so he's really overdue for some 'bubba time' behind bars.

I agree with @arcadekidflo above and don't think Nintendo will settle for payola either... according to the documents they facilitated a calculated, long-term investigation over many years (since possibly as early as 2013) and it's clear they're FED-up with all the 'games' TX was playing hiding behind various names and companies while ripping Nintendo developers off all those years.

The docs also make mention of several others (unnamed at the moment) who've handled their sites, web design, etc over the years and I notice one of their co-conspirators active on another forum as recent as today so their money-laundering paper trail hasn't led to him... yet.

Definitely interesting times ahead for many old skooler's watching things unfold from sceners 20+ years ago that had sticky fingers, got caught (numerous times) and may finally have to pay the price with their freedom.

Who could have ever thought out of all companies they've ripped off over the years it would be 'Nintendo' that would make these charges stick?