Heating things up today in the world of PlayStation are some updates confirming that the upcoming PS4 games from Naughty Dog and Sucker Punch Productions will indeed launch this summer, with The Last of Us Part II releasing on June 19th and Ghost of Tsushima arriving on July 17th.

Here's more on the official statement from Sony Head of Worldwide Studios Hermen Hulst, to quote:

As our teams at Sony Interactive Entertainment and Worldwide Studios approach development milestones and confront a world changed by COVID-19, we find ourselves having to adapt to today’s ever-changing environment.

Amidst some disruptions to our working styles, we wanted to provide an update to PlayStation gamers who are eager to learn when our next exclusive titles will arrive to PlayStation 4.

As we begin to see an ease in the global distribution environment, I am pleased to confirm that The Last of Us Part II (which never made it to PAX East due to the annual event's cancellation) will arrive on June 19. And Ghost of Tsushima will follow on July 17.

I want to personally congratulate and thank both the teams at Naughty Dog and Sucker Punch Productions on their achievements, as we know it’s not an easy feat to reach the finish line under these circumstances.

Both teams have worked hard to deliver world-class experiences, and we can’t wait to see what you think of them when they release in just a few short months.

And finally, I want to thank the PlayStation Community for their continuous support and patience.

Update: Sony Content Communications Senior Director Sid Shuman just announced that on Thursday, May 14 at 1:00pm Pacific Time // 4:00pm Eastern Time via Twitch and YouTube there will be a State of Play presentation is all about Ghost of Tsushima offering an extended look at Sucker Punch's gorgeous open-world epic.

To quote: You’ll get an extended look at new gameplay footage, including exploration, combat and more. The current cut is clocking in around 18 minutes, give or take.

And just to be clear — there won’t be any PS5 news or updates in this episode, just a big, beautiful look at Sucker Punch’s PS4 open-world epic. 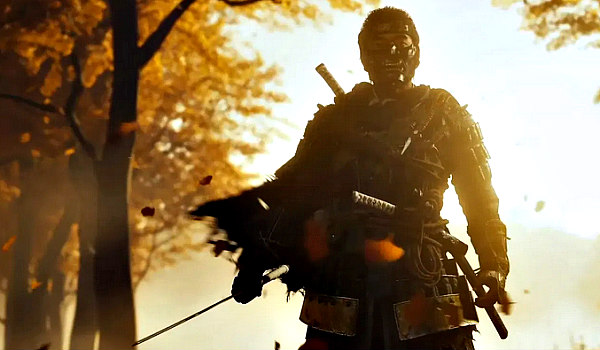 Ps4 is the best with the best exclusives

Member
Contributor
Verified
the leaks were a bomb for naughty dog unfortunately... we know almost everything that is going to happen now

Member
Contributor
Verified
This is honestly some of the best news all month!