Category PS4 News       Thread starter PSXHAX       Start date Feb 12, 2020 at 12:47 AM       2,815       6
This year the PAX East indie video game showcase runs from February 27th through March 1st in Boston, Massachusetts and Naughty Dog shared the latest updates while announcing the restocking of The Last of Us Part II PS4 Ellie Edition alongside free The Last of Us Part II Duality PS4 Theme Codes for PlayStation Store which shifts between night and day based on your console's clock.

The news comes following The Last of Us Part II's PS4 Reveal Trailer, confirmation of a May 29th 2020 PS4 Release Date and the upcoming PlayStation 4 title's inclusion in the PlayStation's Most-Wanted Games of Early 2020 list.

Today, we’re kicking off regular communications about The Last of Us Part II with a few awesome announcements!

The Last of Us Part II Ellie Edition Returns

You’ve been sending us letters, e-mails, and messages on social media asking if we could get more Ellie Editions in your hands. Since selling out last September, we’ve been working closely with the teams at PlayStation to make more The Last of Us Part II Ellie Editions.

We’re delighted to let you know the Ellie Edition will be back and available for pre-order in limited quantities (available at select retailers across US and Canada only) starting Thursday, February 13, at 6:00am PST at Amazon, Best Buy, GameStop, Walmart.com, Target, and in Canada exclusively at EB Games for $229.99 USD / $299.99 CAD MSRP. 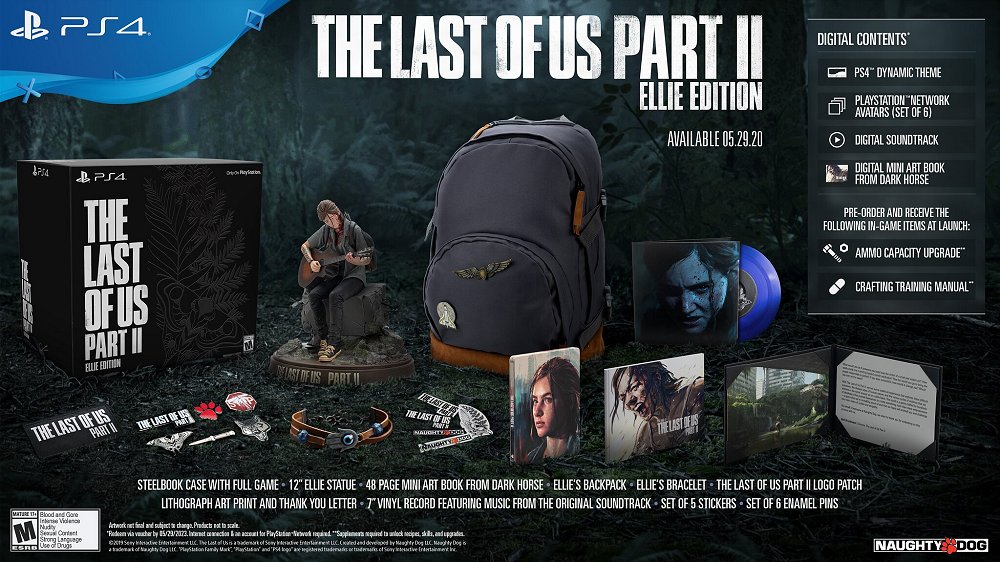 As a refresher, the Ellie Edition is packed with all of the collectibles and content found in the The Last of Us Part II Collector’s Edition, but is the only version that comes with a full-scale, fully-functional replica of Ellie’s backpack, an embroidered patch, and a 7″ vinyl single featuring music from the game. Don’t miss out!

Not only did Ellie and Joel’s journey begin in Boston, but PAX East also has special meaning for us: it was where we gave you the first ever opportunity to go hands on with The Last of Us back in 2013. We thought it would only be fitting to return to the city that started it all to give fans the first-ever public hands-on with The Last of Us Part II.

From February 27 until March 1, attendees will have an opportunity to play “Patrol,” featuring an early area of the game where Ellie and Dina must venture out of Jackson into the surrounding areas to clear out infected. The demo will span an hour of gameplay and provide just a small glimpse into what awaits you in the full game.

Attendees can visit the booth to play the demo, but space is limited! We recommend securing your spot via the Experience PlayStation mobile app available on Apple Store (Minimum iOS v11.3 required) and Google Play (Minimum Android v8.0 required).

Following up the 12″ limited-edition Ellie statue revealed on Outbreak Day 2019, we’ve teamed up with Dark Horse once again to release a brand new 8″ “Ellie with Machete” polyresin statuette.

Designed and sculpted by our incredibly talented character artists, this new statuette will be a limited production run based on the number of pre-orders received via Dark Horse Direct before March 13, 2020. After that, it’s gone!

You can begin pre-ordering today. Additionally, Dark Horse will be releasing an 8″ PVC version of the “Ellie with Bow” statue revealed last year, which will be available at participating retailers this summer.

These new pieces join the collection of designs released last year and can be purchased as museum-grade-quality giclee art prints, individually numbered and packaged with a certificate of authenticity. You can see them now on CookandBecker.com.

Speaking of art, today we’re proud to reveal our two latest pieces of key art for The Last of Us Part II, which explore the two sides of Ellie’s journey: from the relative peace she’s found when the story begins to the relentless pursuit of vengeance that follows.

You can download high-resolution versions of the art as wallpapers for your device of choice via PlayStation.com/wallpapers. We’ve also produced a new dynamic system theme that transitions from day to night based on your PS4 system clock, available now for free at PlayStation Store.

The Last of Us Part II PS4 Duality Dynamic Theme Preview Video
Our new The Last of Us Part II Duality theme shifts between night and day based on your PS4's clock. Get it for free by using these codes on PlayStation Store:
Codes expire February 11, 2021. Redeem Region-specific code at PS Store while supplies last. 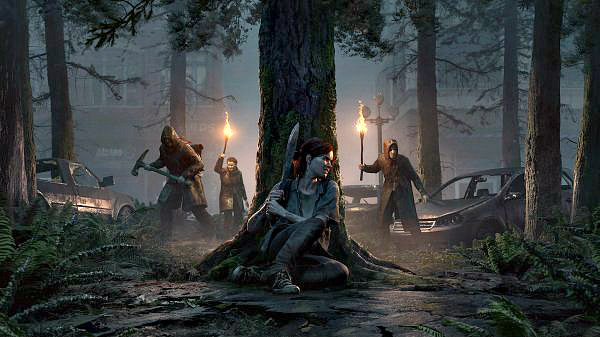