Below is a Resident Evil 2 One-Shot PS4 demo trailer video and brief guide on how to survive in Raccoon City and maximize your experience with the limited-time demo, to quote:

The Raccoon City Police Department (a.k.a. R.P.D.) is littered with useful items, so take a moment in each room to look around and gather up First Aid Sprays, Green Herbs, and ammunition, and make careful use of the storage box.

You’re on the clock, but you might miss something useful or important if you try to rush through! Your map is a great way to tell if a room still has something left to be discovered in it, so be sure to check it often. Red rooms still have something left to find in them, and any item you’ve discovered but not picked up will be highlighted, too.

Death isn’t the end in the demo, as you can continue as many times as you like. You can’t turn back the clock, though, so be sure to keep Leon in top shape! The iconic Green Herb from the Arklay Mountains allows you to recover some health, but it really shines when mixed with a Red Herb to boost its restorative properties.

A single Green Herb will still do in a pinch if you’re barely clinging to life. If you happen to come across a First Aid Spray, be sure to keep one on you just in case — it’ll bring you to full health, no mixing required.

Zombies are resilient, and just because you put them down doesn’t mean they’ll stay down. While a carefully aimed shot to the head is a good way to stun the shuffling undead and make a quick escape, you may want to try shooting other parts of their bodies for different results.

Your end goal is to survive, and sometimes the best course of action is to run away before the situation gets worse! Keep an eye out for wooden boards, too — you can avoid conflict entirely if you blockade certain windows before zombies come crashing in.

The R.P.D. is a big place, and it can be a little daunting to figure out where you’re going at first. There’s lots to explore in the full game, but to make the most out of the demo, stick to the first floor at the beginning and look for red lights, such as laptop screens, shutter controls, and exit signs to get around.

If you’re really lost, press the Options button to check your objectives and take a closer look at your map. Once you meet a certain police Lieutenant, you’ll have what you need to further explore the building.

Resident Evil 2 has plenty of puzzles to solve and crucial items scattered all over, so be sure to take a moment to take a closer look at the stuff you’ve gathered. The demo clock will stop any time you’re in a menu, so you’re safe to investigate, rotate, and learn more about each object in your possession without worrying about the demo timer ticking down. You just might learn something about what you’re holding on to!

Keep these tips in mind to survive the exhilarating Resident Evil 2 “1-Shot” Demo coming to PS4 on January 11! Regardless of whether or not you complete the demo, you’ll be treated to an exclusive, cinematic trailer that sheds new light on what to expect in the full game.

If you can’t wait to get your hands on this amazing remake of the survival horror classic, you can pre-order the game now at PS Store for a special pre-order theme. 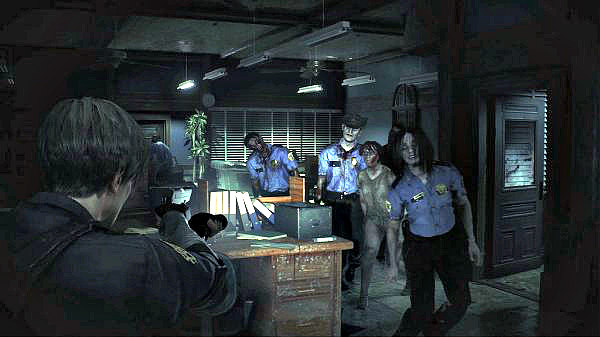 Staff Member
Moderator
Contributor
Verified
This game brings back so many memories.

Staff Member
Moderator
Contributor
Verified
I wonder if someone will discover a loophole to get to play it longer than 30 minutes, like changing the PS4 console's time clock or something

Staff Member
Moderator
Contributor
Verified
Haha yeah! I'd be interesting if you can get further into the demo or be able to reset the cycle somehow, but I guess it's a one and done job.

Staff Member
Moderator
Developer
Senior Member
Contributor
Verified
This looks good but how are people going to be able to test a game out in 30 minutes lol.

That would be a pretty cool loophole @PSXHAX especially if it was the whole game.

There is a loophole like that for the wii u and switch for scanning Amiibos.

Surely this is a reference to the original RE2 demo, guess 30 minutes of zombie survival will be more teasing than appeasing!

Senior Member
Contributor
Verified
Nice but I will pass. Wait for a full version instead.

Senior Member
Contributor
Verified
I still have the original PC version on disc but to be honest, I never really liked the game ... RE1 was cool, but at RE2 I was pissed of completely pre defined ways you got to go. It was less trial & error than RE1.