Below are further details from their official Press Release, to quote: Save Up to 80% During the Ubisoft Store Legendary Sale

Want to know why the Ubisoft Store is calling this the Legendary Sale? It’s because these game discounts are so good, they’ll be written into the history books. Children will sing songs of them. Elders will recount long tales of where they were during the great Legendary Sale. Also, it just so happens that these are some legendary Ubisoft games getting big discounts from 20th May through to 3rd June.

If you’re looking for a more lighthearted and mythical adventure, Immortals Fenyx Rising can be yours at 50% off. And if some pure family fun is on the agenda, both Monopoly and Uno – two of the most legendary games ever – are available with 60% off.

That’s not all. You can save up to 75% on games in the Anno franchise, with the latest installment – Anno 1800 – getting a 50% slice off its price. Want to squad up? Grab your friends and buy Rainbow Six Siege at up to a 67% discount. Maybe the Ghost Recon games are more up your tactical alley? Ghost Recon Wildlands and Breakpoint can be yours, with 70% and 75% off, respectively.

But I hear you like Far Cry, and let me tell you, here’s where the extra-legendary deals click in. Starting 27th May, you can get Far Cry 3 for under £5. That's right. What about Far Cry 4? It’ll be under £10! And Far Cry 5? How does under £15 sound? These are some “definition of insanity” deals on some of the most popular games in the Far Cry franchise.

What are you waiting for? These deals only last until 3rd June. 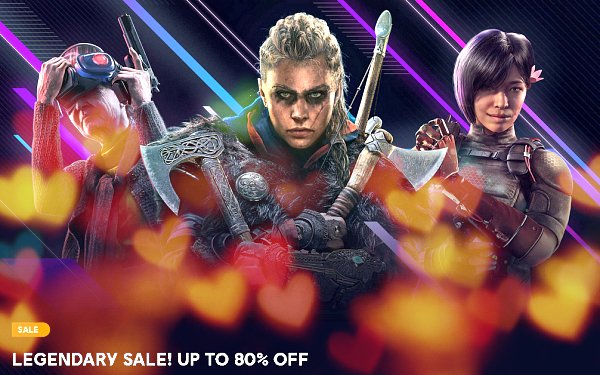