PS4 Jailbreaking       Thread starter PSXHAX       Start date Dec 12, 2016 at 4:47 AM       35,239       36
We covered the PS4 HENkaku Exploit Port awhile back, but the topic is still quite active on Spanish site Elotrolado.net where a work-in-progress (WIP) version of a UniversalFlash App to dump / read the internal PS4 Flash Memory (aka Sysconf, where updates are installed) was just released by HybridComputers that utilizes a Teensy board (remember a Teensy++ v2.0 can be used to downgrade PS3 consoles) to potentially downgrade and execute PlayStation 4 apps without a license required... with an indirect Kickstarter coming in the next few days.

Previously we reported on the PS4 NOR Chip Dumping Process, a PS4 Flash Dumping / Unlocking Method, the PS4 1.76 Flash Dump Analysis and a PS4 SFlash Guide... could any of these techniques be used in the Egyption PS4 Jailbreak Method that recently surfaced if it's not just another gamesharing trick?

Update: A better translated explanation of what's being discussed below can now be found HERE by @Crish who is KirtashTheShek (below) on ELO.

Anyhoo from HybridComputers, to quote roughly translated: "Dedicated hosting ... high price ... but we have already found a way to finance those who have teens and try this program, with the permission of universal team .. you buy this universal flash in the attachment.

The mythical "Calimba" I do not know if you remember a scener right here from Hades Team ... that gave beginning to the ode of ps3 is in that equipment... and besides that in PS4 Pro at the end there are datasheet of sysconf, .. which serves for a possible downgrade of consoles Super Slim... not Pro.

The Pro only up to 3.70 or model that comes from factory .. something that is worth gold if you can say... stay tuned to kickstarter is going to come out something that has to do with all this indirectly.

Ubuntu UniversalFlash v.01 some Universal functions available as Wii U... dump XBOne, 3DS.. PS Vita only available in the second version v.02... I was only allowed to publish this version v.01.. probably with Teensy.. this version is v1.0 in the second version is working on something that does not add padlocks since it supports for the sysconf to detect the exact consecutive and not generate padlocks in what we will call the apps.

Please do not talk about backups... use it for whatever you want. "

Also from KirtashTheShek to quote, roughly translated: "Nothing is safe (For now) this program only serves to read the internal flash memory of the console (called Sysconf, which is where the updates are installed) then only time will tell... Salu2!"

Some other related points of interest for what they're worth, according to CVE logs via @SorenAlke the PS4 Pro 0Day Exploit is nothing more than a 'file dropper over metasploit' and @Chaos Kid notes it was patched, perhaps in the recent PS4 4.07 OFW update although it still won't protect current stock PS4 Pro v3.70 consoles from the vulnerability.
Above are some videos from Andrew Paul on PS4 Controller Sync NOR Flash Corruption Repair and Building a Teensy Programmer, and thanks to @Crish, @Fimo, @TheOneAngel in the forum HERE, @VultraAID and @yourfakers in the PSXHAX Shoutbox for the scoop and translation assistance. 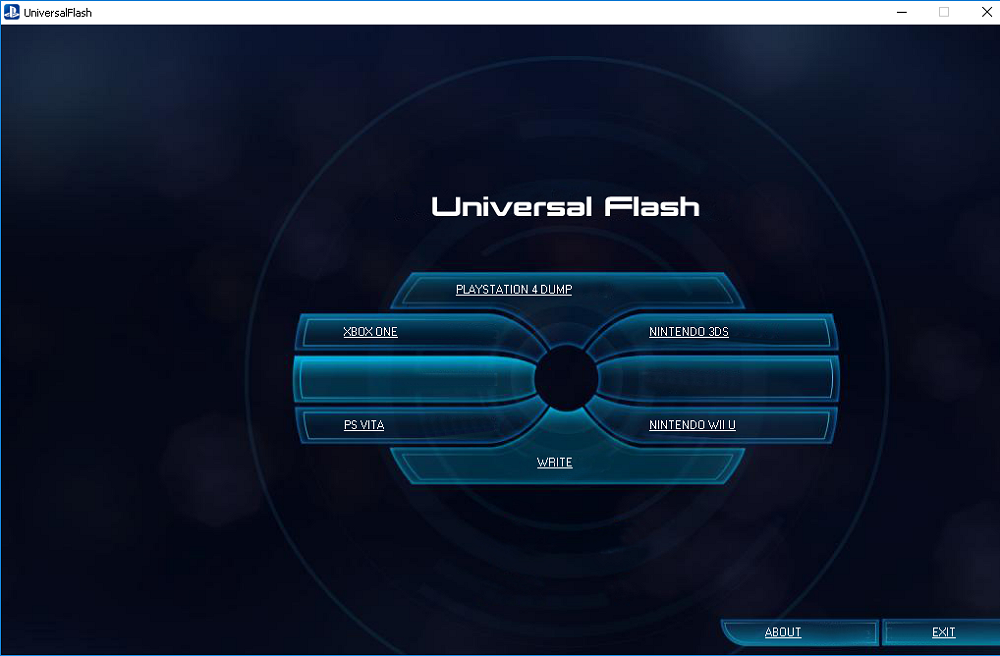 Senior Member
Contributor
What does this mean for 3.50?

Senior Member
Contributor
Asked about a dedicated server to play online on 3.55,Hybrid said what we read at the beginning:high price,but..., after that, he suddenly droped that "tip" about a dump with teensy.

That thing could be(in some way) related to mathieulh's twits about 3.70 fw on pro and 4.05 on the others models. But maybe there are two methods to open a door?.

So, that sysconf vulnerability was patched on 4.06 on the older models and possibly on 4.0x on pro models.

CALIMBA meanwhile was the one who started to connect a ps3 bd driver to a pc, is just an example of a simple idea taking form. That concept was developed commercially later by the team cobra. He is a member of the Universal Team working now on this new development called UniversalFlash.

That program linked on main post is just a first version(0.1). Hybrid said the next version(0.2) will bring other functions added to use with a "kickstarter thing related indirectly" to all this.(?)

All this according to Hybridcomputers aka Juansbeck. Maybe now we have a beginning on ps4 hardware too.

Member
Contributor
Thanks for the credits @PSXHAX
Hope this leads finally to something usable!

Member
Contributor
So , I have now 4.06. You think a jailbreak can be released for it soon ?? Or not , so I update to 4.07 and play normally buying games for the rest of my life ? Please somebody answer ?

Staff Member
Moderator
Verified
Everything we've read / been told thus far says 4.05 and below is safe and 4.06+ patches the exploits being used... but updating is a decision only you can make really.

Senior Member
Contributor
We cant think about this, just to wait, but as you read above, today on 4.05+ you are out, we dont know about tomorrow.

BeBoDahKuL said:
So , I have now 4.06. You think a jailbreak can be released for it soon ?? Or not , so I update to 4.07 and play normally buying games for the rest of my life ? Please somebody answer ?
Click to expand...


Radio said:
Or someone updating my system without me knowing to play a game online
Click to expand...

You should have disabled the internet on your ps4 to prevent the update.

You should have disabled the internet on your ps4 to prevent the update.
Click to expand...