Upcoming Features for the PS4 UI Rumored by Tidux

According to the tweets below, upcoming features for the PS4 UI may include the following:

If you could pick one PS4 feature to be included in an upcoming Sony official System Software update, what would it be?

Let us know in the comments below! 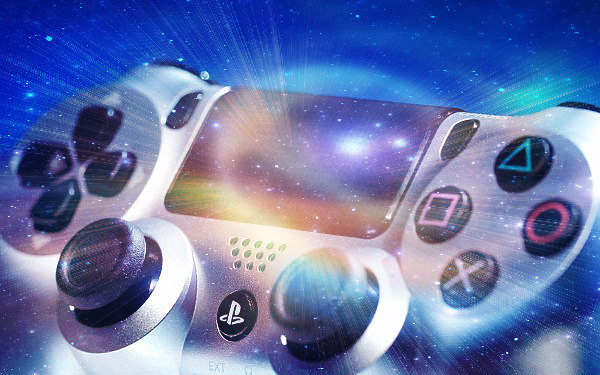 Member
Contributor
Verified
I would really like trophy progress

Member
Contributor
Verified
I would really like too see FINALLY PSN using caching for content and pictures (there is no reason to load the same thing every time).
Fast downloads (uncapped) for PSN which is a paid subscription...
User game reviews on the store.

Game statistics (how much time in game at the very least)

Senior Member
Contributor
Verified
I guess if $ony patches the fw this time, maybe a new KEX will be released?

Member
Contributor
It’s almost like the PS4 wants to be an xbox, forever copying its features

Senior Member
Contributor
Verified
Don't care about them. I don't understand why people wants Trophy progress. It doesn't mean anything to me. I just finished my game in story to the ending 100 percent and that's all. No need to be showoff and show them my Trophy. For what ? Not necessarily.

Senior Member
Contributor
@Knight69 i don't think so, there is no kex for all...
if it exists it will be private because blah blah blah, like always...
You must log in or register to reply here.
Share:
Facebook Twitter Reddit Email Link
Recent Articles
PS4 Kernel Exploit (KEX) for 7.02 Firmware, Wait for Jailbreak Before Updating!
As promised last month, PlayStation 4 scene developer theflow0 just dropped the PS4 Kernel Exploit (KEX) for Firmware 7.02 and below which was patched by Sony in 7.50 PS4 OFW (Current OFW is 7.51)...
Ubisoft Forward: Assassin's Creed Valhalla & Watch Dogs: Legion PS4
In lieu of a traditional E3 2020 presentation as physical gaming shows are postponed due to the COVID-19 pandemic, Ubisoft will be hosting its first digital conference called Ubisoft Forward with...
Dark Chronicle (Dark Cloud 2) PS2 on PS4 Companion App by Halvardssm
Recently developer halvardssm made available a companion app script for the Dark Chronicle (also known as Dark Cloud 2 in North America) PS2 on PS4 action role-playing game (RPG) by Level-5 via...
PS5 Hacking-Themed Platformer Recompile Gameplay Trailer Video
Earlier this week we saw a first look at the PS5 hacking-themed indie platformer Recompile by Phigames, and below is a Recompile PlayStation 5 gameplay trailer video for sceners who can't wait to...