To quote from the README.md: USB Fake Packages

USB Fake Packages is a tool I've made for the PS4 Jailbreak, based on version 4.55 and probably won't work on 4.05 so I wouldn't suggest trying.

A processed USB fake package will be named with the extension of ".sym.pkg" instead of ".pkg", so that a difference will be noticed.

Make sure your USB drive is formatted as exFAT (recommended) or as FAT32 (not recommended).

Based on the pkg2usb by SiSTRO and AppToUsb by stooged, much different in my opinion however, changing from AppToUsb to this tool won't be a problem, but already symlinked fake packages won't be reprocessed, only ones that are not will be processed, keep that in mind.

I've based the tools on 10 partial systems, which are :

The work with variables inside the program, whether allocating space, rellocating, freeing, clearing, etc.

The work with texts, whether to get inner texts or to combine ones.

The work with numbers, to calculate logs and powers.

The work with visual texts, I've made a text scoring system that scores letters width and lines width and then trying to fit a text inside a certain line based on the score of the text and the score of the line (so a text "abcdefghijklmn" might become "abc...lmn" for example), this way I can control how texts are visually seen.

I've used this system for the PS4 messages sending.

The work with files, whether it's to open/close/read/write/copy etc.

The work with CFG files, I've written by myself, in order to receive info by the user, the rules are simple.

A CFG file is consisted of sections, inside them are fields, which each have keys and values for each key.

A section is written as [Section Name]

In order to name a key or a value with a name that might confuse the reader (for example key = "tre=rt", there's "=" in it and the reader will look for a value, but it's just the key name) a one can use quote marks for the name.

Spaces and new lines are ignored when they should be, and comments are written as "//" without the quote marks.

An example for a valid CFG file :

The work with SFO files, wrote a code that reads a SFO file, and returns the values it has.

This current tool uses it for a naming element for the USB fake package files.

The work with basic PS4 Jailbreak tools, based on tools to create a symlink between files or to initialize the PS4 system, send a PS4 message in the notification bar, etc.
Instructions for the USB CFG file :

I edit the CFG file in notepad, I assume all of you can do the same, make sure the cfg file is in the root of the USB drive with the name of USBFakePackages.cfg.

Make sure that "/" slashes are used in routes, and not "\" slashes.

The CFG file is consisted of 3 sections, the order of them or their keys is less important and shouldn't affect the tool working operation.

The section has 6 keys, the section decides all the basic options required for the tool to function properly.

This key is for the folder path that the console will use in the USB as a working space, the key has 1 value, and it can be valued as as "false" or a location, while false means that one won't transfer files there, copy conditions will be off and it'll only match package files with the USB routes and won't transfer them afterwards (means that the TransferPackageFile condition in the USB routes is off).

Check if the package file already exists in the working space, true goes for check if it's and false goes for don't.

The elements that the USB package file name is consisted of, check the file USBPackageFileNameElements.txt file in the root folder of this project for all the possible values.

There is also a time limit between messages, it's not up to the user as of now and set for 10 seconds (means that messages during the copy process won't be seen without a 10 seconds time space between them).

In my opinion if one a packages collector this option might get annoying, when seeing the message "the package file X already has a symlink" 7357 times in a row, but for a small packages amount it's quite nicely.

The route to search in the console, written as "Console/X" or just "Console" if one wants to search the whole console.

The console folder paths to avoid searching, if one want to make the process go faster or dont want certain console folders to be searched he can add them here, written as "Console/a/b", this value is optional.

The route to search in the USB, written as "USB/X" or just "USB" if one wants to search the whole USB drive.

If a match has been found whether to move it to the USB Console working space or not, true goes for moving, false goes for not.

If a match has been found whether to change the name of the USB fake package file based on the USB package file name elements or not, true goes for changing, false goes for not.

The USB folder paths to avoid searching, if one want to make the process go faster or dont want certain USB folders to be searched he can add them here, written as "USB/a/b", this value is optional. 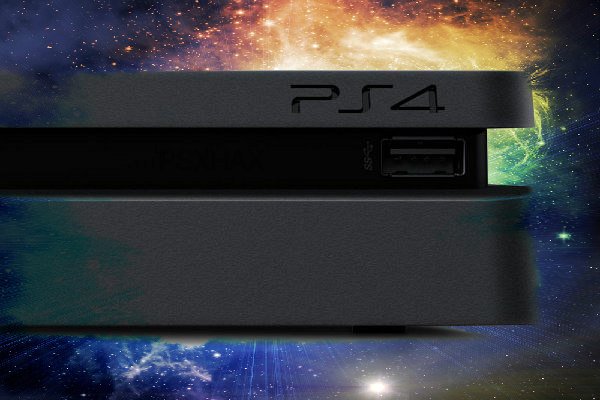 Staff Member
Moderator
Verified
Nice, will change this to an article and mainpage it later tonight.

Thanks for sharing the news @MeTheKing!

Senior Member
Contributor
this is just a patched bin, No code on github to look at so be careful as this isnt any different to stooges bar for some small cosmetic changes and it wont make non working games work thats down to some nifty hdd checks implemented by sony

Developer
Senior Member
Contributor
Verified
i'm the owner of this, i don't know how did u find it because i didn't even publish it yet. XD but i guess it's published now.

if u remember back then i said that i'm working on my version of dealing with console fake packages linking with USB drives, so this is it, took me about 2 and a half months.

if u have any questions about it feel free to ask, i intended to publish it today, and i don't even have more published projects so i guess it's quite a surprise that someone actually found it without me saying a thing about it.

Staff Member
Moderator
Verified
Thanks for letting us know @mtnjustarie, I'll add your username in the OP also now!

Developer
Senior Member
Contributor
Verified
i intend to make a new repository with few changes today and delete this one, so i will update u guys later on today.

Edit : and thank you for adding my user name.

Staff Member
Moderator
Verified
Sounds like a plan, most likely someone checking for PS4 on Github found it in the 'recent updates' via Search.

I'm sure I can get my head around it