For those in the PlayStation 5 Scene, this comes proceeding the Battlefield 2042 Reveal, Gameplay, Portal, Exodus Short Film, Open Beta, Hazard Zone, New Specialists & What A Time To Be Alive, Renewal Breakaway & Discarded Maps alongside Portal Revisited trailers... and to quote from chbmg on Reddit who notes the following before diving in:

Unfortunately, the game mode is only available on PC and next-gen consoles due to the game's 64-player limit on last generation consoles like PS4. However, I may make new types of game modes in the future with lower player limits so that everyone can try them. I just wanted to start with a big battle royale format to see if it was even possible.

After spending more hours in the rules editor than I care to admit, I'm pleased to announce the creation of a full battle royale experience for Battlefield Portal:

"Warfield 100" is a 100-player battle royale. Features include a pre-game lobby, parachuting into action, a closing circle, random ground loot, a prison, and a spectator mode.

I'll be hosting the game frequently for the next 1-2 hours and randomly throughout the upcoming days. You should be able to search for it by the name "Warfield" or the full name "Warfield 100 - Battle Royale" (the server name should be "Warfield Server" too).

If you want to host it yourself, here's the code: AAGDWA

Although the game mode itself uses a lot of custom visual aids to explain everything, I'm including all the current details below for anyone who's interested. For those who don't want a wall of text, you can just skip everything below, search for the game, and join!

P.S. I play on PC but I use a controller (yes, I'm a masochist) AND I'm pretty trash at most FPS games (still love them). I mention this to assure anyone who joins that any bot running around with my username is indeed a human player. I'm also an indie game developer in the "real world" and I'm happy to answer questions about the rules editor for this mode or anything else when I can. 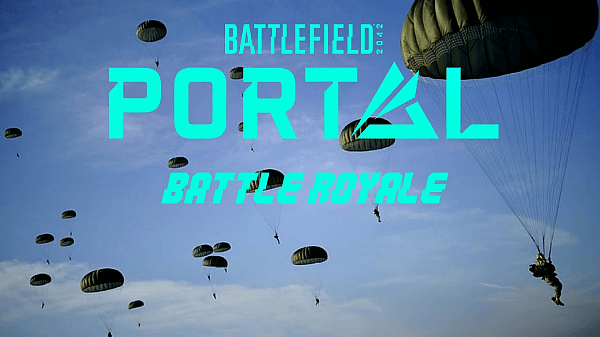