Mod: Reika created by ES47_also_known_as_Dedraz on NexusMods.com
Change Log:
Screenshots of the App:
Using RE-PAK And PS4-RE-TEX to mod RE-Engine Games On The PS4

Finally, below are some RE3 PC Mods for PS4 -USA Version- CUSA14168 via Garrus Vakarian on Twitter. Load DLC with Jdownloader: 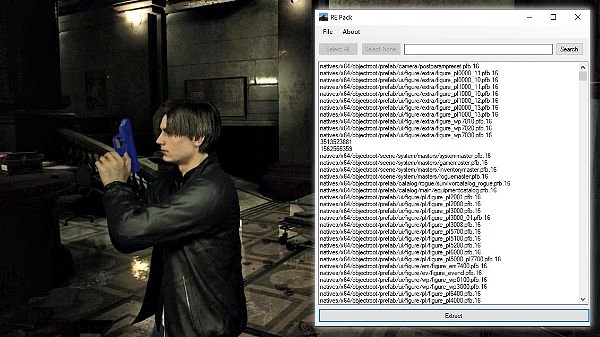 Staff Member
Moderator
Verified
@jation Hmmm I don't seem to have an RE_PAK.ini file in my directory. I have it set to show hidden items. Under a different name maybe?

Code:
Also, only, created if you check Save Selection on first start!

Staff Member
Moderator
Verified
@jation That did the trick. Didn't have a selection saved. Changed use local pak list to true and when I start the app it now prompts me to load my list. Thanks so much for your help. 5.2 has been fine, but wanted to try out the latest version. ^^

For Issue 1: when you select this you must restart the app (close it and re-open it and it will allow you to select the list, you can also use File -> Load Database)

Staff Member
Moderator
Verified
@Backporter Thanks for clearing those up. For some reason I misunderstood and thought you could generate the PAK list from the PAK itself. Already got lists for all my games so I'm good to go. Appreciate you getting back to me.

Developer
Senior Member
Contributor
Verified
@Whitehawkx no problem, glad I could clear up the confusion.
@moromusa ???

Senior Member
Contributor
Verified
@Backporter Hello, thanks for your work, what did I tell you if you are going to get something for the residents 1,4,5,6 or whatever