Following the largest Alpha in Call of Duty history on PlayStation 4, the community has another chance to experience the next generation of global combat early before the launch of Call of Duty: Black Ops Cold War on November 13.

Players can progress and rank up in the Beta-specific levelling system where loadout items, including new weaponry, covert spytech through Field Upgrades, and badass Scorestreaks, can be unlocked by earning XP. New content will roll out across both beta weekends, so make sure to stay tuned in.

The Black Ops Cold War Open Beta will be free on PS4, with players who pre-ordered gaining early access.

Read on for details on pre-loading, downloading, schedule, and what’s included in the Black Ops Cold War Beta:

The first Beta weekend is exclusively for PlayStation 4 owners, and is scheduled to run from Thursday, October 8 to Monday, October 12.

Open Beta (October 10 – October 12): The rest of the Beta period is free to all PS4 owners*. If you have a PS4 and an internet connection, ready up for Black Ops combat and join in during the Open Beta. After Weekend One concludes, the Beta will remain available on the PlayStation Store so players can download in advance of weekend two.

The second Beta weekend is open to all players on PS4, and it’s scheduled to run from Thursday, October 15 to Monday, October 19.

What’s Inside the Beta

The Call of Duty: Black Ops Cold War Beta will feature a mix of maps, modes, and playlists. Similar to past Betas, the Black Ops Cold War Beta will also include a progression system where players can earn XP in order to unlock new content for their Loadouts including weapons, equipment, Create-a-Class slots, and Scorestreaks (note: progression will not carry over to the final game at launch).

All players who reach Level 10 within the Beta will receive an SMG weapon blueprint at the launch of Black Ops Cold War.

A weapon blueprint is a variant of a weapon family within the game, complete with its own unique name and cosmetic differences. Weapon blueprints may also come pre-equipped with attachments, allowing you to use them on that specific weapon without needing to level it up to unlock those attachments organically. These attachments can be swapped out in favor of other attachments earned by levelling up the weapon normally.

As mentioned through the schedule, digital pre-order customers will be entitled to early access (Thursday and Friday) through their account on which they purchased the game. All other players can still access the open portion of the Beta (Saturday through Monday) for free.

Pre-order players can secure early access to the Open Beta and receive instant rewards like the Woods Operator Pack for immediate use in Modern Warfare and Warzone. 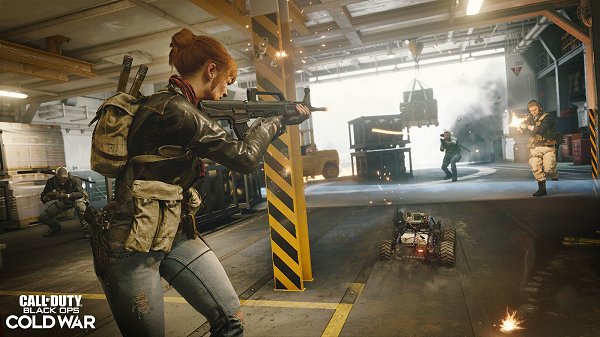 Member
Contributor
Verified
can't wait to mod zombies in this

Member
Contributor
Guess, I'll just wait for it's open beta. Got no spare time to place CBT.
You must log in or register to reply here.
Share:
Facebook Twitter Reddit Email Link
Recent Articles
WWE 2K19 PS4 Mod Ports and Modding Tutorial by Tekken57
These are mods which I have sculpted and created for the steam version of the game and have now ported to the PS4 version of the game. The video clips are recorded on the PS4. WWE 2k mods by...
PS4 6.72 Exploit Menu Updates by Leeful74, PlayStation Bounty by TheFloW
Following his PS4 6.72 Jailbreak Exploit Menu & PS-Phwoar! Host Menu Demo, PlayStation 4 homebrew developer @Leeful (Leeful74 on Twitter) recently shared some new PS4 6.72 Exploit Menu Updates...
How to Update Codebreaker Cheat Database on PS4 with PS2 Games Tutorial
Let's get this out of the way. Yes, things have gotten fancier, gaming has come on leaps and bounds but the PlayStation 2 was (and still is) the best video game console of all time! And as funny...
Orbis Suite for PS4 Homebrew Development by OSM-Made (OldSchoolModz)
Proceeding the PKGDT Suite of PS4 PKG Backporting Tools, developer OSM-Made (@oldschoolmodzhd aka OLDSCHOOLMODZ on Twitter) recently updated Orbis Suite with PS4 6.72 Jailbroken Console support...