Get new heroes, a world inspired by Chinese Mythology, and all-new top down gameplay and brawler combat with Immortals Fenyx Rising Season Pass.

A NEW GOD (DLC 1) Fenyx, now a full-fledged god, ascends to Olympos, ready to take on a new adventure. Over the course of this DLC, Fenyx faces a series of trials set out by the familiar gods players met on the Golden Isles.

The trials introduce new types of puzzles set against the stunning backdrop of the home of the Greek Gods, Olympos. In these trials, Fenyx hones their godly powers and finds ways to become even stronger as they attempt to earn a place among the inner circle of the Pantheon.

Once the young god has earned the favors of Aphrodite, Athena, Ares, Hephaistos and Hermes, they will be ready to challenge the King of the gods himself, Zeus.

MYTHS OF THE EASTERN REALM (DLC 2)

Long ago, in a land far from the Greek world where the heroes Fenyx and Ash would come to be known as Champions of Olympos, there was another tale of Immortals and heroes that has long since passed into legend. When a brutal war breaks out between Heaven and Earth, humanity is turned back into the clay that the Goddess Nuwa formed them from.

But one brave hero, Ku, escapes the curse of the broken heavens and emerges into the fallen world. With Nuwa's guidance and a familiar Phoenix as a companion, Ku sets out to restore the balance between Heaven and Earth.

This DLC will let the player control a new hero, Ku, in a brand new story inspired by Chinese mythology, encountering new deities and fighting exotic monsters in a distant land.

All over the world, cataclysms are ravaging cities and destroying lives. Fenyx, the Pantheon’s newly-appointed God of Unity, suspects the world is unbalanced because several gods have abandoned Olympos.

Fenyx wants to help reunite the gods but finds themselves unable to when Zeus orders the Olympian gods to have no direct contact with the renegade deities. However, Zeus never said anything about enlisting the help of a mortal... Fenyx discovers an unlikely champion in Ash, a temple sweeper that never lost their faith in the gods.

The enthusiastic young hero-to-be travels to the Pyrite Islands to try and convince Poseidon, Hades, Hestia, Demeter, and Boreas to return to the Pantheon in order to save the world. The Lost Gods are a strange bunch, and each has individual reasons for leaving the pantheon and old grievances with Zeus.

Ash, under the watchful guidance of Fenyx and Athena, will need to find resourceful ways to appease each of the gods and convince them to return home. This DLC offers new types of gameplay to Immortals players by adopting a brawler-style of combat as seen from Fenyx’s perspective in a top-down isometric view.

The new playable hero, Ash, will grow stronger on their journey through a brand-new customizable upgrade system. Ash will develop new abilities and a true heroic persona as they build their relationship with Fenyx and the other gods.

Immortals Fenyx Rising is launching December 3. Play as Fenyx, a winged demigod on a quest to save the Greek gods from a dark curse. Take on mythological beasts, master god-like powers and explore a beautiful open world. 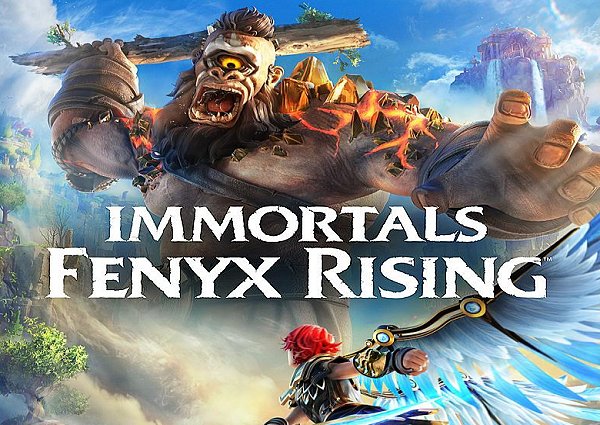 Senior Member
Contributor
Verified
I am hoping this will be the PS5 version of Zelda. It does look good though.