PlayStation Vue is Getting NFL Network and NFL RedZone

To quote: With both channels launching in time for the NFL regular season this fall, fans can enjoy watching their favorite gridiron matchups using PlayStation Vue’s unique TV streaming features, including cloud DVR, powerful search and discovery tools, and simultaneous streaming, which allows users on the same account to watch the networks on multiple devices at the same time.

Fans can catch NFL Network’s Thursday Night Football games, along with popular shows such as NFL GameDay Morning, A Football Life, Timeline, wall-to-wall news and fantasy coverage from around the NFL, and much more.

With NFL RedZone, fans can watch the big moments from NFL games on Sunday afternoons, featuring cuts from stadium to stadium and delivering the most exciting plays as they happen. 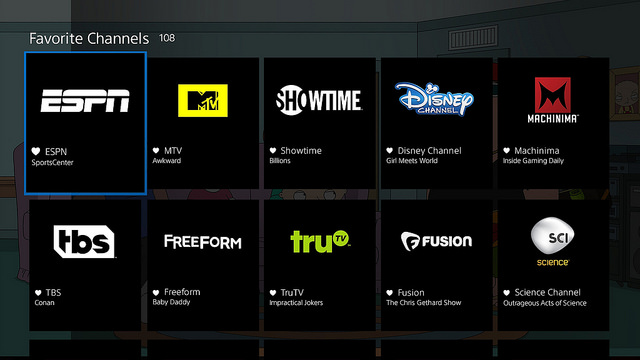