Was anyone impressed by this year's PlayStation E3 conference? Let us know in the comments, and courtesy of Sony Social Media Director Sid Shuman bring on the PS4 trailers!

BioWare’s took the wraps off its open world sci-fi adventure and it’s looking spectacular. Get a first glimpse of the locations, creatures and combat that await on February 22nd 2019.

Battlefield V
DICE’s vision of multiplayer warfare continues to amaze with its ambition and graphical prowess.

Control
New from Max Payne/Alan Wake studio Remedy, Control is a supernatural action-adventure with a memorable cast of characters and a twisted story from Creative Director Sam Lake.

Déraciné
An all new adventure game that brings Japan Studio, FromSoftware and director Hidetaka Miyazaki together for the first time since Bloodborne.

Fallout 76
Bethesda Studios goes back to the beginning in the online prequel to its adored post-apocalyptic action RPG.

Kingdom Hearts 3
Find out which of your favorite Disney characters are joining Sora and the gang for the action RPG’s E3 trailer.

NBA Live 19
EA’s basketball franchise moves the action out of the stadium and into the street with a slick, ever-stylish trailer.

Sea of Solitude
Gorgeous, haunting and with an undercurrent of horror, this surprise reveal by German outfit Jo-Mei Games made for one of the most beautiful trailers of the show.

The Crew 2
See what next week’s open beta has in store with Ubisoft’s open world racer.

The Division 2
Ubisoft’s team-based action RPG shifts its focus to Washington D.C in the wake of the deadly viral outbreak.

The Last of Us pt. 2
Check out the gripping gameplay premiere for the keenly anticipated sequel to Naughty Dog’s acclaimed post-apocalyptic action adventure.

The Quiet Man
Prey developer Human Head Studios is back with a mysterious new project.

Unravel Two
Utterly captivated by this platformer sequel with optional co-op? Good news: you can grab it on PlayStation Store and play it right now.

Wolfenstein: Young Blood
The next instalment in the Wolfenstein series is a co-op game set in 1980, 19 years after BJ Blazkowicz ignited the second American Revolution in Wolfenstein 2: The New Colossus. 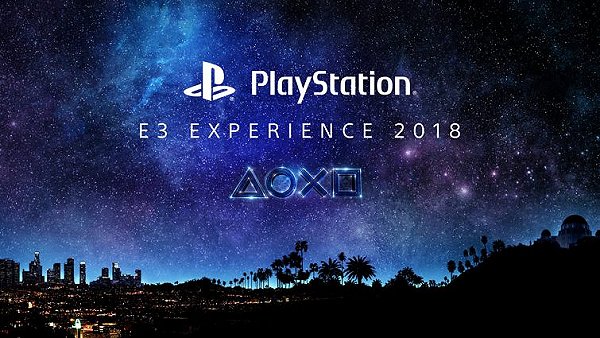 Member
Contributor
Resident evil 2 and the last of us are wonderful games, I love this releases.

Senior Member
Contributor
Verified
I liked Last of Us Part 2, waiting for it

Member
Contributor
Verified
Tsushima looks great. I wonder how much it will be downgraded, though.

Member
Contributor
TLOU 2 gameplay looked very scripted to me and Death Stranding was so confusing to watch...

Kingdom Hearts 3 looks awesome and Resident Evil 2 got me hyped up as well.

I'm never ever gonna preorder Ubisoft and EA games, they lost my trust long ago...
You must log in or register to reply here.
Share:
Facebook Twitter Reddit Email Link
Recent Articles
PyPS4Controller Module: PS4 Controller Hooks via Python on Linux by ArturSpirin
Since we covered the PS4 Gentoo Linux Installation Guide, developer ArturSpirin shared pyPS4Controller on Github which is a light module designed to provide hooks for PlayStation 4 Controllers in...
GetEventHandlerNames Python Script for PS4 Scene Developers
Following his GhidraOrbisTools PS4 Loader and IDA Script Ports developer @KIWIDOGGIE (aka diwidog on Twitter) recently added a GetEventHandlerNames Python Script (GetEventHandlerNames.py) by...
Lode Runner Legacy by Tozai Games Joins New PS4 Releases Next Week
Ahh, another great classic is coming to PlayStation 4 next week on January 29th... the action puzzle masterpiece Lode Runner Legacy by Tozai Games complete with a local multiplayer mode is among...
PS5 Game Invite System Reworked Rumors Surface via Sony Patent
According to rumors based on a recent patent from Sony Interactive Entertainment (SIE) uncovered at the USPTO, the upcoming PlayStation 5 next-gen console may feature a reworked game invite system...