To quote from magicbluemonkeydog via Reddit: You CAN Use Legit Saves with FPKG Fames Tutorial

1. Dump your original game and package normally BUT make sure to select the option to allow the pkg to be modifiable.

2. Write the original keystone from your dump into the pkg like so:


Code:
3. Load up your game and rejoice as your saves work with the newly installed fpkg.

You'll want to write the keystone from your disc dump into the Complete Edition fpkg then. If the CE version you have isn't modifiable, just extract it and rebuild it with the modify option. Depending on the CUSA version, you might need to edit your save database as well, there's a post in this subreddit detailing how to do that.

I'd use the PS4 Package Viewer by LMAN to extract the complete edition. From there, it's just like building an fpkg from a regular dump, but with the mod_pkg flag set (it's an option when pressing build).

Ask someone nicely who has the original keystone file to upload it for you. Or borrow/rent the disc. The legit, non fake PKG file will still be on your PS4 if you haven't deleted the game install but without the passcode you won't be able to extract the keystone file from it.

Updates don't have keystones, at least not the ones I've looked at. Makes sense, you wouldn't want to change the keystone and invalidate legitimate saves when updating. You can use pkg viewer to check though.

Yeah if the save games are already marked as corrupted, even putting the correct keystone in place won't fix it as the flag has been set. Changing the flag back in the save database, or restoring the saves/db via various other means will sort it.

The command will finish with a bunch of text and no errors, then test your game and see if loads your saves. I highly recommend that you take a backup of your save database so you can restore it if it doesn't work and your save files get marked as corrupt.

Use the PKG Viewer by LMAN, extract the fpkg you have, and then build a new fpkg from your extracted directory with the modifiable flag set. Then do the command line step to replace the keystone. There are plenty of tutorials floating around for building an fpkg from a game dump. 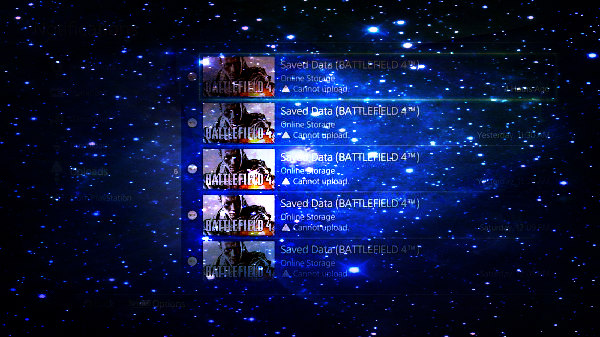 Member
Contributor
excuse me w/ ps4 5.05 w/ hen , how do you backup my saves ?
try copy but the system show me "connect to internet"

Member
Contributor
It would be great if i can use saves from my old slim ps4 to new pro ps4.. one can only wish to see that one day, one day ..

If the fakepkg tool just used the keystone copied by the dumper we would have been able to use our saves from the start. This is shown by how if you hack the PKG tool so that the code which generates and replaces the keystone vs simply copying the dumped keystone is commented out so it fails to execute leaves your original keystone intact , your saves work.

Member
Contributor
Thanks, but is it safe to use for now?

Member
Contributor
New sub reddit and a tutorial as well as a gui.