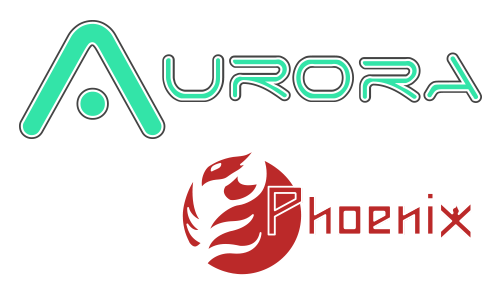 End of January we gave you a preview of features to come for Aurora 0.5b. We've all been pretty busy, but managed to get it done. Aurora 0.5b implements the following new features:

ConnectX support is back (dll not included). You can once again load your games over the network through an SMB share. 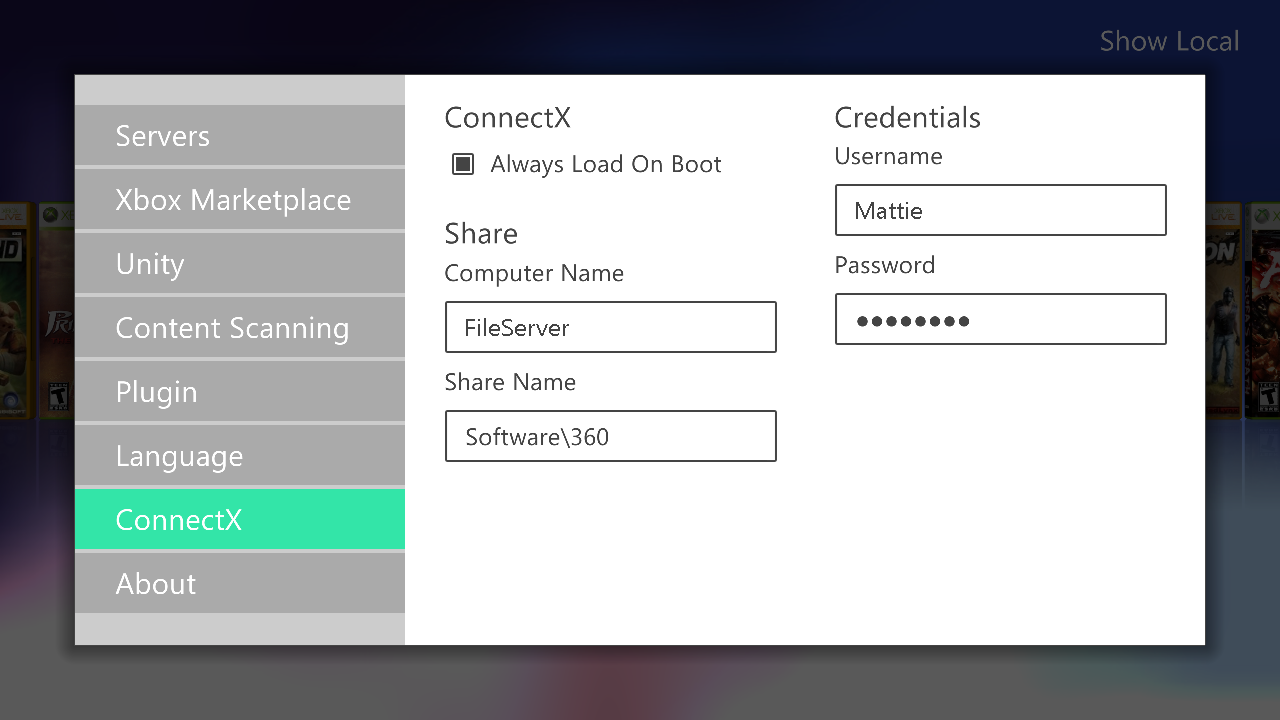 Known Issue: Some network setups might cause long wait times (1 or 2 min.) when initialising ConnectX after cold boot or connection loss.
This can result in one or more of the following issues:​
Please report these issues on our forums on RMS with as much information as possible. 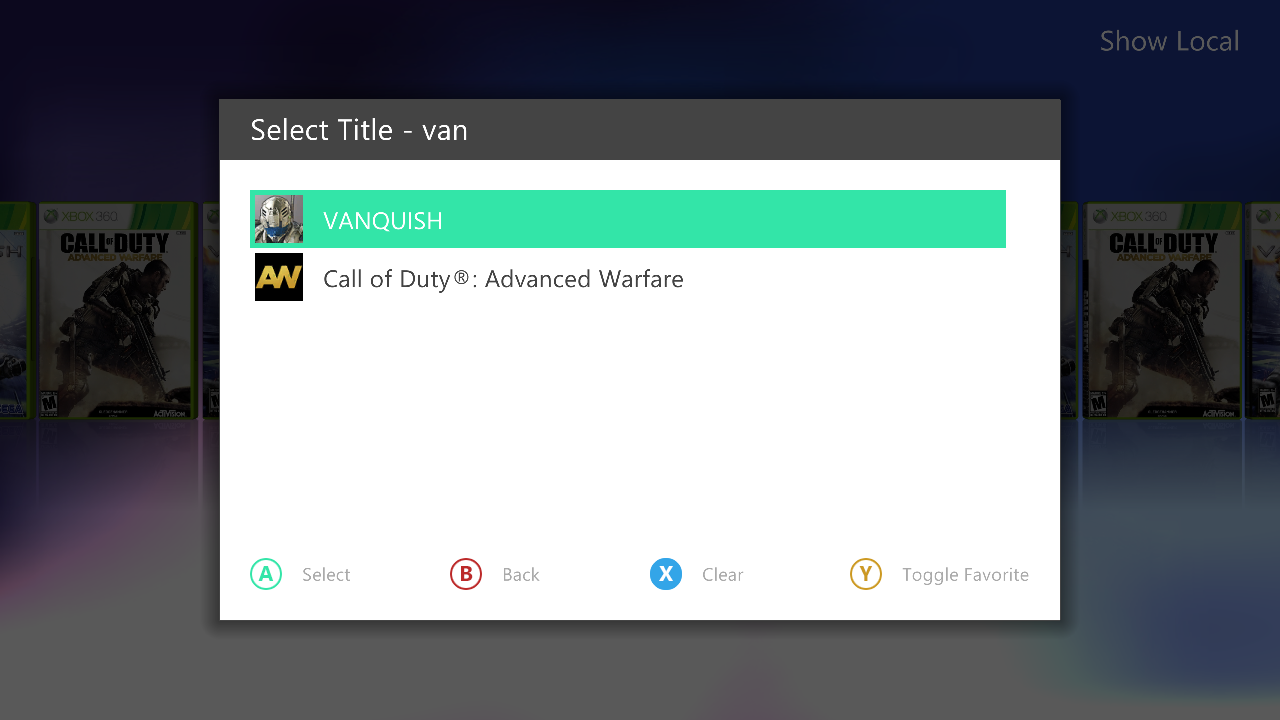 Our biggest addition to this release is Quick Views. We know some of you have been asking to bring back the tabs from Freestyle 3,
however since the first releases of Aurora we've had our own ideas of how to combine multiple filters and sort orders into one view,
allowing for a tabs like feature, that would be fully customizable.
Due to the magnitude of the changes needed for this feature, it has taken us a few releases to actually implement it, but it is here today, in 0.5b.

A Quick View consists of an icon, a name, some filters and operators, and a sort order. On the main screen RB and LB will switch Quick Views. 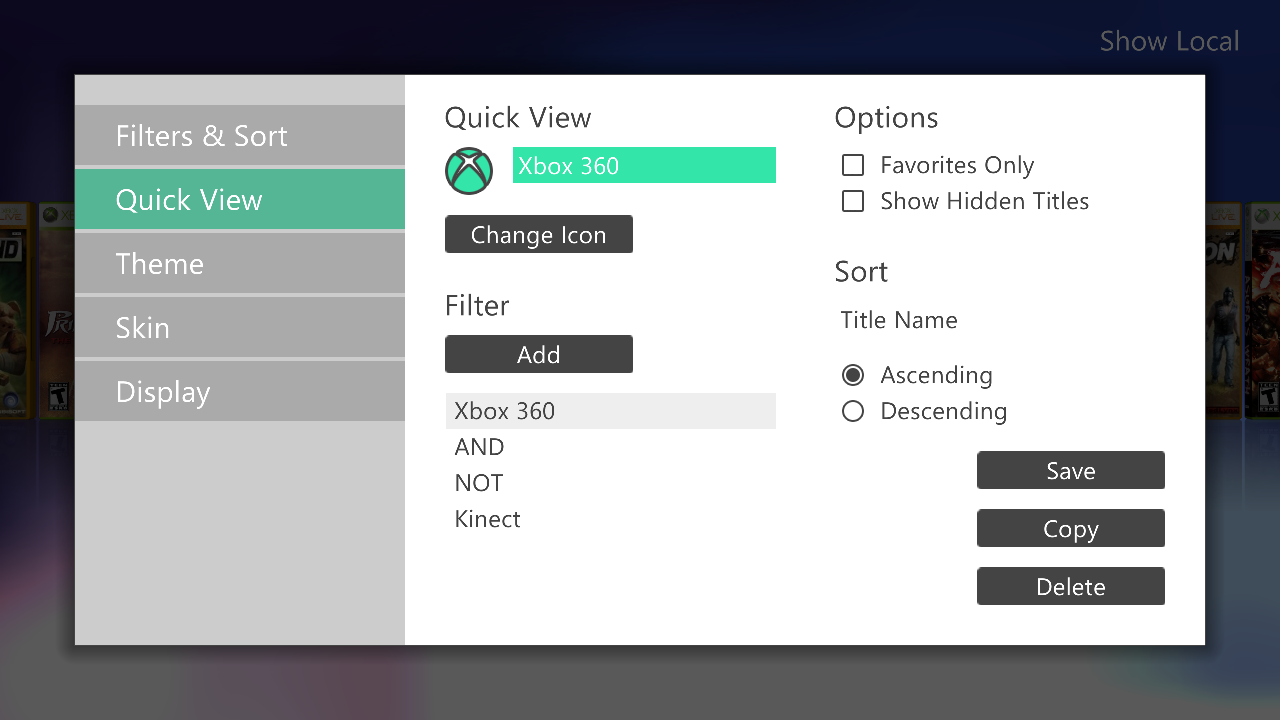 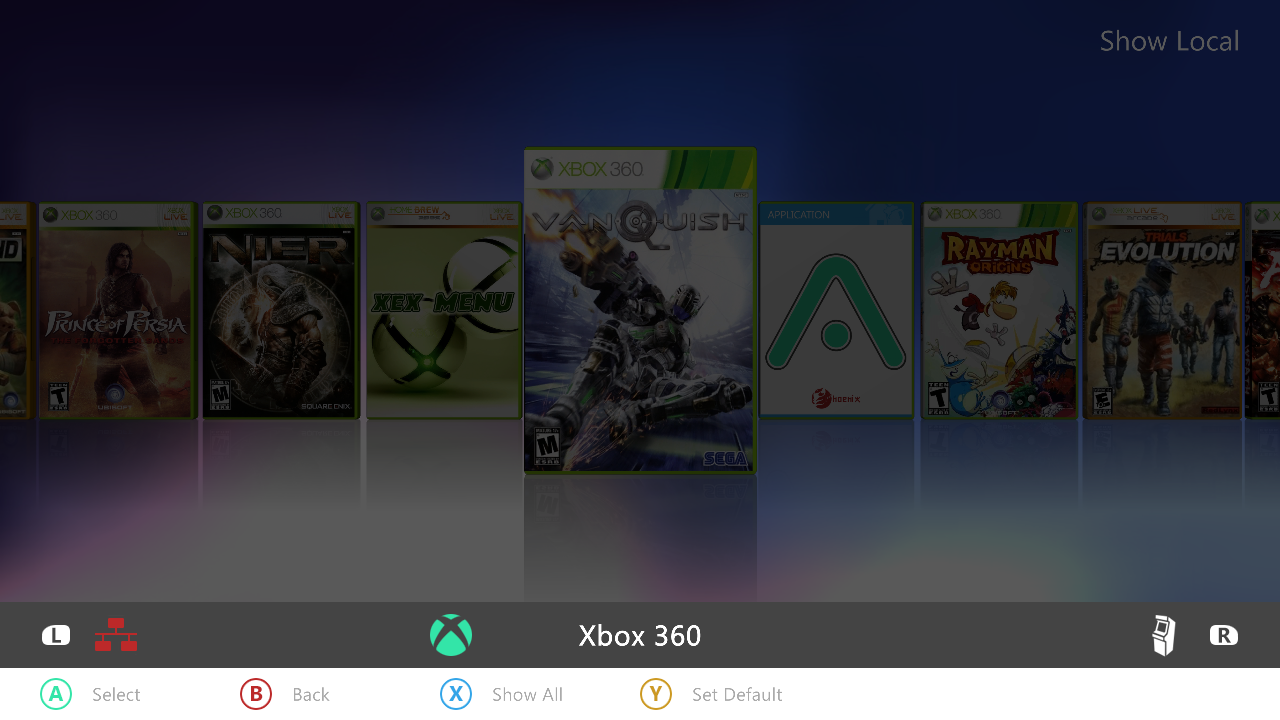 We have added a few predefined Quick Views and icons for your convenience. These can be editted or removed (all except for 'Show All').
The order of the Quick View list can be changed, and a default can be set. The default will be used when Aurora starts. 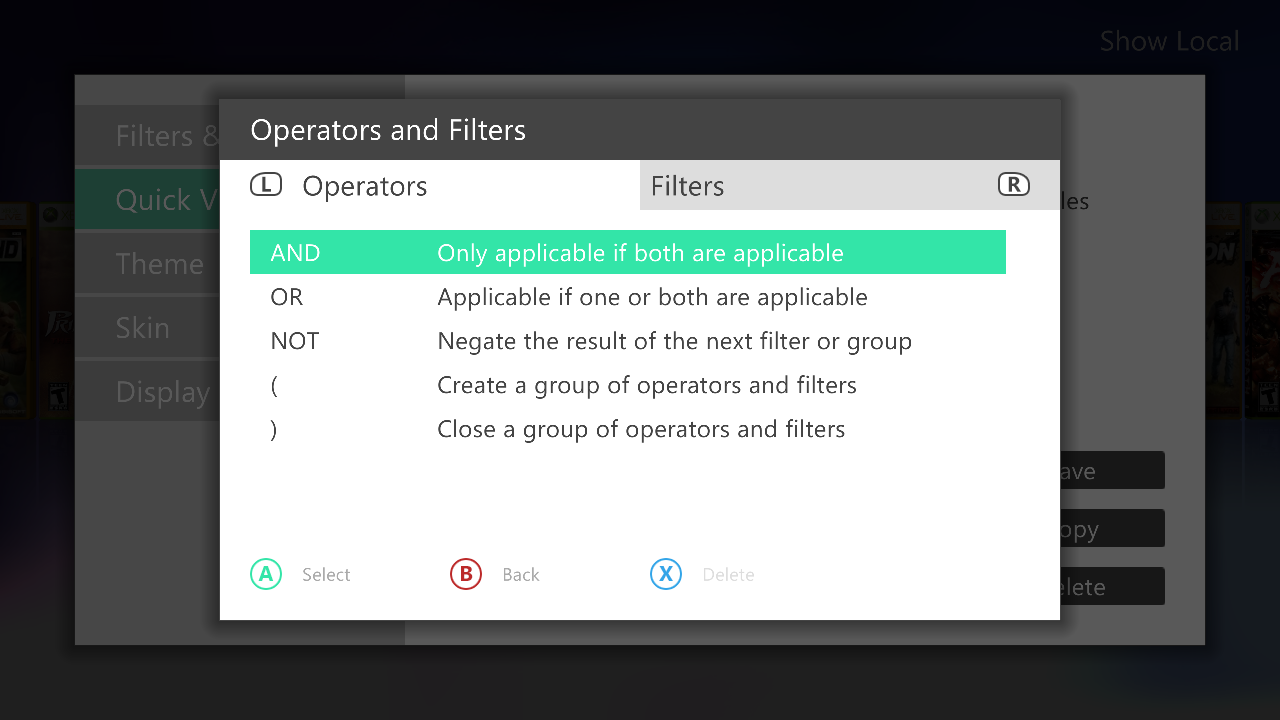 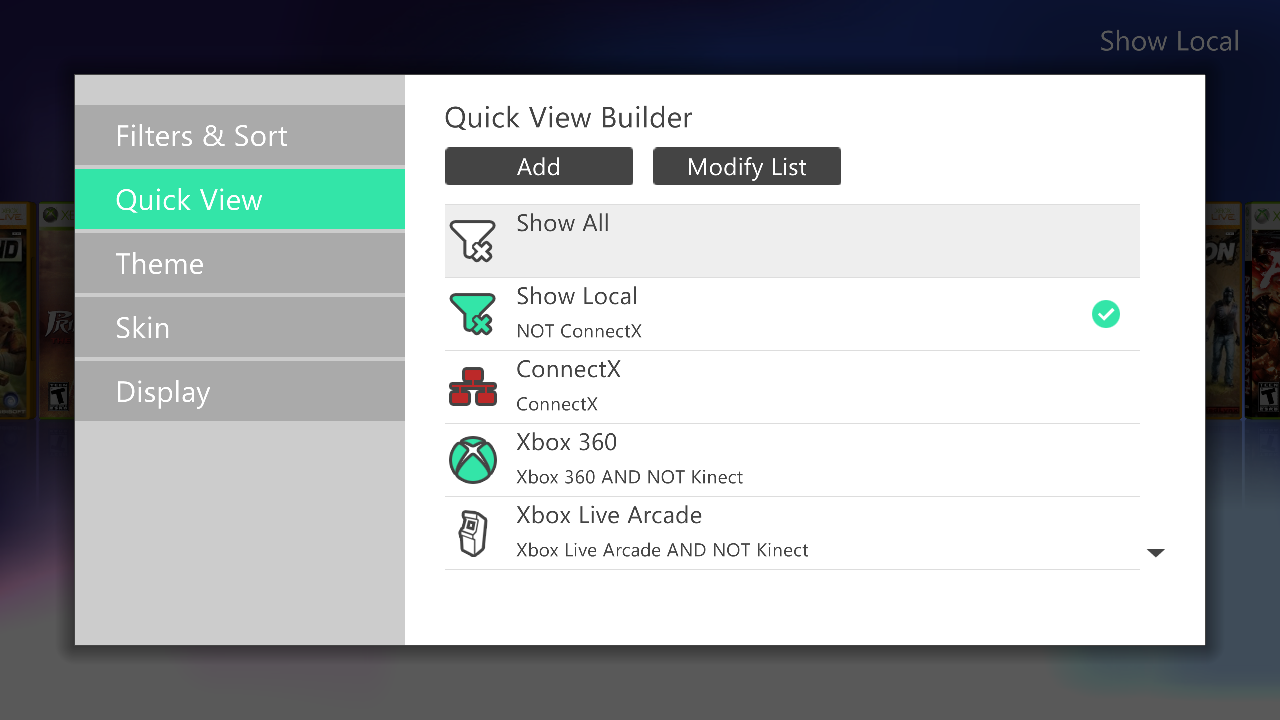 Thank you all for helping us test our new dash replacement and we look forward to bringing you even more functionality in the future.
Special thanks goes to SpkLeader, Swizzy, Trajik, cOz, JPizzle, Blackwolf and Biohazard for their behind the scenes involvement and assistance in testing and preparing this package.

Note: This update is available via the Auto Updater in Aurora.
​

Staff Member
Moderator
Contributor
Verified
Thanks for the XBox 360 news flood @VultraAID, I'll promote the rest shortly for those interested
You must log in or register to reply here.
Share:
Facebook Twitter Reddit Email Link
Recent Articles
AppendumPS4 v2.00 for PlayStation 4 v5.05 Preview by DeathRGH
Proceeding the AppendumPS4 v1.0 release, this weekend PlayStation 4 developer @DeathRGH shared via Twitter a preview of the AppendumPS4 v2.00 mod menu in development on his YouTube Channel.