Here is a summary of what's new in Tekken 7, to quote: Besides a dedicated story mode and an expanded roster of new characters, there’s also some brand new gameplay mechanics including...

As your life bar depletes it will eventually start flashing red, indicating you’ve entered “Rage” mode. Once in “Rage” your character will deal more damage as well as gain access to two all-new devastating moves: the Rage Art and Rage Drive!

A super powerful armored attack that allows you to absorb hits and power through an enemy assault that can turn the tide of the match in the blink of an eye. The Rage Art provides players an easy comeback mechanic when they are far behind in any given match.

While not as destructive as the Rage Art, the Rage Drive is a strategic alternative that unleashes a devastating combo that will punish any opponent.

Also an armored attack, this move will power through most attacks and shift momentum in your favor. The Power Crush can be risky if thrown out carelessly, but if timed properly, it will give you a physical and mental advantage.

Akuma joins the fray complete with his Shoto-style moveset. Akuma is very unique fighter in that he can utilize an EX Meter, allowing him to pull off EX & super moves. The Great Demon comes to Tekken armed with many of his classic attacks, but each with a new spin and the potential to be comboed in unique ways.

We’re also happy to announce our Tekken 7 Collector’s Edition featuring an awesome 12” by 18″ figure depicting Kazuya and Heihachi locked in an epic showdown. It will also include a special collectable Steel Book and the official Tekken 7 soundtrack.

Additionally, anyone who pre-orders Tekken 7 will receive access to Eliza who previously appeared in Tekken Revolution!

We’re in it for the long haul with Tekken 7 — the release is just the beginning! We’re also announcing the Season Pass to get you access to three content packs which feature new playable characters, stages, a game mode, and a bonus 35-piece Metallic Costume Pack! More details to come in the future.

And to top it off, we haven’t forgotten about Tekken’s long history on PlayStation. Tekken 7 will feature exclusive content on PS4: a Jukebox mode will allow you to create playlists composed of songs from previous games in the series and listen to them while playing the game. We’re also including some exclusive costumes for certain characters, straight out of Tekken 4 and Tekken 2 for Jin, Xiaoyu, and King. 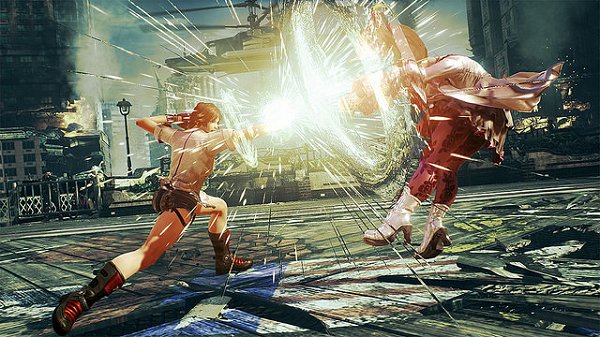