Below are some more new PS5 Trailer videos alongside further details on The Oldest House from Remedy Entertainment Communications Director Thomas Puha, to quote:

Let’s start from literally the beginning. The initial loading of the game, where you see the logos and legal text, now takes approximately 4-seconds and from that it’s a short hop to get into the main menu. In addition to that, the load times in-game are a significant improvement compared to the PS4, so fast-traveling around the Oldest House is a lot more enjoyable.

You also have the choice between Performance and Graphics mode. In Performance mode, the game targets 60FPS performance, while in Graphics mode the action runs at 30FPS, but with ray tracing effects. In both modes the rendering resolution is set at 1440p, which is then upscaled to 4K. All this is running on Remedy’s own Northlight engine, which has undergone important upgrades since we first released Control back in 2019.

Ray tracing in Control Ultimate Edition brings improved image quality and realistic reflections to the environments in the Oldest House. These changes are most visible on non-transparent reflective surfaces across the game, as well as on transparent materials such as glass. This enables Control’s award-winning art direction to look and feel even more striking. We hope PS5 players will find new inspiration for taking shots with Control’s Photo Mode with all those gorgeous looking, ray-traced reflections.

It’s worth mentioning that the impressive visual features of ray tracing are achieved without sacrificing one of Control’s key features – advanced physics which enable a high level of environmental destruction. We encourage you to use the Launch ability to hurl around objects and hey, why not pile them up, too? It’s a great way to get to hard-to-reach areas and find secrets and loot.

After getting our hands on it and exploring its features, we’re especially excited about being able to take advantage of the DualSense.

You’ll definitely “feel” when the Pierce Service Weapon form is fully charged up through the vibrations of the right trigger. When using the SMG-like Spin, you can feel every bullet you spray through a very slight vibration. We especially like how subtle you can make some of these effects on the DualSense, which feels cooler than just aggressive rumble. The forms of the transforming Service Weapon feel even more distinct to use than before and give you a much more “hands-on” feel of what it’s like to be the Director of the Federal Bureau of Control.

Control is set in the Federal Bureau of Control’s mysterious HQ, the Oldest House, which is, as we say, a shifting place. Despite the Bureau’s best attempts to map out the labyrinthine space, it can sometimes be a challenge to navigate, even with a transforming Service Weapon and a slew of supernatural abilities on Jesse’s side. This is partly by design, but the good news is that there’s help if you need it.

Control Ultimate Edition supports the PS5’s Game Help feature, so if you feel like you’re stuck on any part of Jesse’s journey to find her brother and control the Hiss threat, there are videos and textual hints available for all main missions. Some of the Help text and videos explicitly tell you what to do, and in some instances it’s more about giving hints as to what you should consider.

You access Help through Activity cards, which we think are awesome. We had a great time choosing the artwork for these. Activities are a great way to check your progress in a mission and give you an idea of how long they take. You can also see exactly how many steps away you are from unlocking a Trophy.

Control is available for PlayStation Plus members starting February 2. We welcome all new players entering the Oldest House for the first time!

Hop into the driver's seat with this in-depth look at the car-smashing, heart-pounding, thrill-seeking world of Destruction AllStars. Coming to PlayStation 5 on February 2.

Active PlayStation Plus members can download Destruction AllStars at no extra charge from February 2 to April 5.

Play the free Balan Wonderworld demo today to discover a wonderful world of wonder! Experience the full game where you can play through 12 different tales and choose the way to save the day with over 80 different costumes.

Don’t forget to bring a friend to play in 2-player co-op mode. Combine your costumed powers to find new ways to overcome obstacles and vanquish villains! Balan Wonderworld is available on March 26th, 2021 on PlayStation 5 and PlayStation 4.

Expand your Immortals Fenyx Rising adventure with this first DLC, "A New God" for more epic adventures and puzzles!

In this new adventure, play as Fenyx to overcome the trials of the gods of Olympos and attempt to earn a place among the inner circle of the Pantheon.

Try Immortals Fenyx Rising for free with the demo and get a taste of Fenyx’s godly powers!

Set in an exclusive archipelago, the demo sends you on a quest filled with combat, exploration, and puzzles to discover the mysterious Secret of the Cyclops.

Bring the boom in Apex Legends Season 8 with new Legend Fuse. Fuse arrives in Season 8, and he’s packing plenty of attitude -- and things that go boom. Pick apart the opposition with the Salvo’s most popular weapon, the lever-action 30-30 Repeater.

Explore an obliterated Kings Canyon reshaped by Fuse’s arrival. Look out for Gold Magazines, capable of automatically reloading holstered weapons. Plus grab the latest Battle Pass and blast through the competition in Ranked. Ready to master the mayhem?

The Dark Aether story continues in the jungles of Vietnam. Gather your squad and experience the new and thrilling Zombies map in Call of Duty: Black Ops Cold War.

The thrilling and emotional JRPG picks up three years after Atelier Ryza: Ever Darkness & the Secret Hideout, as Ryza sets out in an all-new quest to discover the secrets behind the ancient ruins and the truth behind the lost legends.

Joining Ryza on her journey is a host of new and old friends from the franchise, along with Ryza’s adorable and enigmatic new furry companion known as “Fi”.

Adding to the fun and adventure, Ryza now has all new dynamic abilities to help her navigate across the deadly terrain, including the ability to swim underwater, use plants to climb walls, and even swing on a magical rope! These and other abilities allow Ryza to explore various areas and ruins more fully and actively.

In addition, the thrilling real-time tactics battle system has been powered up to include up to four members (three main party members plus one sub-member), with characters able to link multiple skills and items in a row to defeat even the deadliest of enemies thanks to the new Skill Chain and Item Rush techniques!

Also new to Ryza 2 is an evolved synthesis system, helping the heroine collect and combine unique and customizable items to use along her journey -- simplifying the synthesis experience for new players, while at the same time enabling experienced alchemists to make full use of the new synthesis systems like Essence and Evolution Link.

Another new feature is Ryza’s ability to Research Ruins. Use conversations with characters to investigate the locations of the ruins, then explore the area and enter the darkness to help Ryza reveal the true mystery inside.

The Pedestrian is out now on PS4 and PS5! Developed by Skookum Arts.

The game has changed. Check out our cover superstar and see how Fernando Tatis Jr. plays his way. Loud, proud, and furious. Pre-order MLB The Show 21 available 04.20.21.

In MLB The Show 21 you have more ways to play than ever before. Take your Ballplayer across game modes to own every at-bat, every pitch, and every play and for the first time ever MLB The Show is available on PS5, PS4, Xbox Series X|S, and Xbox One. It’s your ball game in MLB The Show 21. Own the show.

This July, experience past, present, and future in this Colombian love letter to classic JRPGs!

Hindsight 20/20 - Wrath of the Raakshasa is a 3D third-person action-adventure game with morality-based decisions from Bioware and Sucker Punch veterans.

This game allows you to discover the power of your morality by making your choices and actions matter. It is set to release on PlayStation 5 and PlayStation 4 in Q2 2021.

Join detective Takayuki Yagami as he claws through Kamurocho’s criminal underground in an attempt to unravel the truth.

Mayhem Starts NOW - It’s time to run, ram and slam. See you in the arena.

Here’s the job: land on the Island, eliminate your target, collect your credits and get out. But watch out, The Mandalorian has his eye on you.

Make it out on top and there’s even a Beskar Umbrella in it for you.


Destiny 2: Beyond Light - Season of the Chosen PS5 Trailer

With the Pyramids and Xivu Arath destabilizing the system, Empress Caiatl, leader of the Cabal and daughter of Calus, seeks an alliance. But when she demands more than Zavala can offer, negotiations collapse, and Guardians must become the tip of the spear that strikes at her growing war council.

New gear, XP, rewards! Get the Season Pass and instantly unlock the new Seasonal armor set and the new Solar Bow, Ticuu's Divination. You also get an XP boost that speeds up your Seasonal ranks and engram unlocks.

Learn about the origins and character designs behind the Others. 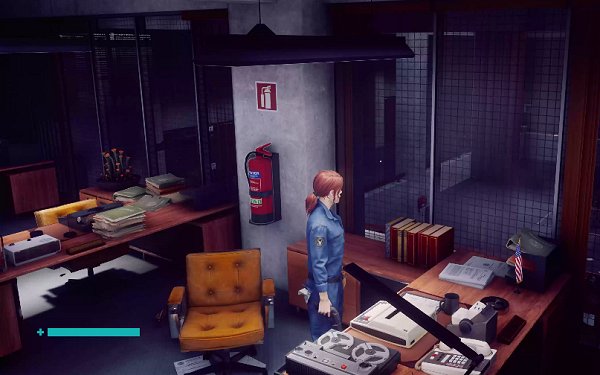 Member
Contributor
Verified
thank you for the trailer, looks great