More information soon, only works on 4.55 OFW. In time, the apps main goal is to load Doom wads directly.

Update: PlisskenDooM v0.2 loads .wad file directly for unity to build gameobjects and the world around the player.

General documentation and directions are to come very soon. I would also like to see this open for modding so documentation for that, as well as unity project files are on there way. 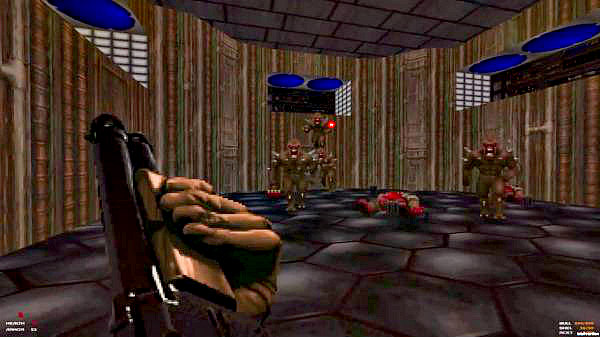 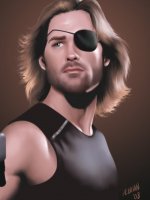 SnakePlissken
When a man lies, he murders some part of the world

These are the pale deaths, which men miscall their lives

All this I cannot bear to witness any longer

Cannot the Kingdom of Salvation take me home...

So the first pkg you can move but not shoot or open doors and the enemies don't move. The second pkg you can shoot but can't move. And I had to run hen-vr to get it to install properly. I reckon this is a ways off from being playable? I even plugged a k&m in and got nothing.

Not sure why the controls are set for the mouse pad either. That's probably the worst possible way to control that with a controller. Mouse pad (on ps4 controller) will aim and shoot and barrels will blow up... but nothing else. No movement.

Senior Member
Contributor
ah i see is this meant for mouse and keyboard to be attached to ps4? Btw thanks for this!

This is an amazing piece of homebrew though keep up the great work mate!

Member
Contributor
impressive but... now i cant keep out of requesting a port of Duke Nukem 3D.

May you change the ID in the next version, because at installation it´s the "same content" as the PS4 controller hombrew... funny

Developer
Senior Member
Contributor
Verified
@lotus78 if the pkg key is all 0's you can easily change it yourself.

Senior Member
Contributor
Verified
@SnakePlissken Awesome! Any chance for a Brutal Doom mod or do you think it would be an easy replacement inside the unity project? Thanks man!

Developer
Senior Member
Contributor
@MasterTurkey
Mouse and keyboard only. Controller support will come soon. Controller support was in v1 but I broke it in v2 somehow, and I'll fix this soon. I have not experienced this update but it's possible that a 4.55 update file is being bundled, under any circumstance this update should get blocked because Users of HEN get a update blocker installed and the post states that the app is for 4.55 so any users that experience what you did won't have any issues.