From 2much4ux's Tweet below, to quote: "I mostly ported GTA V Native Caller to GTA 1.32, but didn't have time to finish before school hit. I tossed the unfinished source at Andrew a while back. If anyone wants to try to complete it, go for it!"

A large part of GTA V is controlled by custom script files Rockstar writes in their own format. A virtual processor is included in each version of the game to interpret these scripts. The main way for them to interact with and control the game is to invoke natives.

Natives are functions defined within the game's executable. In the same way that scripts use natives to control the game, arbitrarily calling them will allow the caller to control the game to his/her desire. The purpose of this payload is to provide an easy way of doing just that. It includes a few small examples: making the player invincible, giving the player super jump, and teleporting the player when a button combination is pressed.

First, a kernel payload is executed to escape the sandbox, escalate the web browser's privileges, and make appropriate kernel patches. The kernel payload also disables ASLR for newly created processes, making it easier to modify them. Afterward, the browser payload constantly checks the running processes waiting for one called eboot.bin.

Once a game process is found, the syscall ptrace is used to read and write to it. With ASLR disabled, the EBOOT always starts at 0x400000 in memory. A few bytes are read from the EBOOT to verify that the game is GTA V and to detect the region. A small function for setting up the execution environment is copied into free executable space in the EBOOT and IS_PLAYER_ONLINE is hooked to call it.

This function allocates more memory within GTA's process since the EBOOT has limited space. Once the setup is complete, the GTA payload is copied into the newly allocated space, the setup function starts executing it, and the browser payload exits.

The GTA payload will execute any time the native IS_PLAYER_ONLINE is called by one of Rockstar's scripts. GTA V has a native lookup table that allows for quickly obtaining a native's address from its hash. However, on newer versions of the game, that table is obfuscated. Therefore, this payload calls natives directly by address rather than using the lookup table.

Native functions are the same as they are on the PC version of the game, meaning the documentation on NativeDB can be used. The majority of the code in the GTA payload is filtered to only execute once a frame (IS_PLAYER_ONLINE is called multiple times a frame), in order to keep things smooth. This will be more important for any drawing.

The GTA payload is automatically built and included in the browser payload, so you only need to run make in the main directory.

An official documentation of button indices is included in gtaPayload/include/types.h, however it uses XBOX names. So, Y is triangle, X is square, etc.

Since this injects a payload into GTA's process, multiple versions can be tested without having to restart the game. Each instance will replace the previous one, so multiple payloads cannot be run at once.

Credits
Also from the README.md: LTS Menu Base Port

A simple menu base ported from PS3 LTS Menu using the source.

2Much4u and EROOTIK, 2Much4u for the native caller and EROOTIK for everything for 1.27. Oh, and whoever leaked the LTS menu source.

And from the other README.md: PS4 GTA V Menu Base

A mod menu GUI for PS4 GTA V built on top of my native caller.

How to Activate
PAY ATTENTION PLEASE!

This mod menu is very unstable and will most likely crash GTA V many times before you get it to work. If you load ArabicGuy first, then close the game. Then load this mod menu, it will work. Also the mod menu will only work with Leeful's HEN 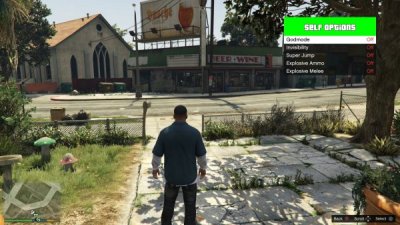 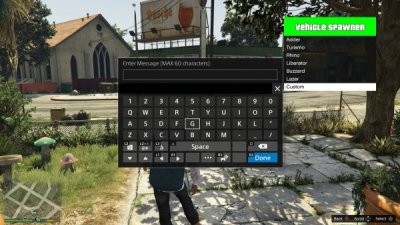 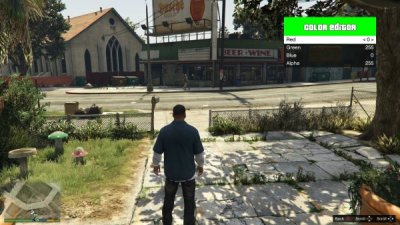 This mod menu is very unstable and will most likely crash GTA V many times before you get it to work. If you load ArabicGuy first, then close the game. Then load this mod menu, it will work.

While the example submenus showcase much of the menu base's functionality, more is possible. Check out menu.cpp for all supported option types.

The UI is fairly simple and open to more advanced customization such as the addition of sprites. 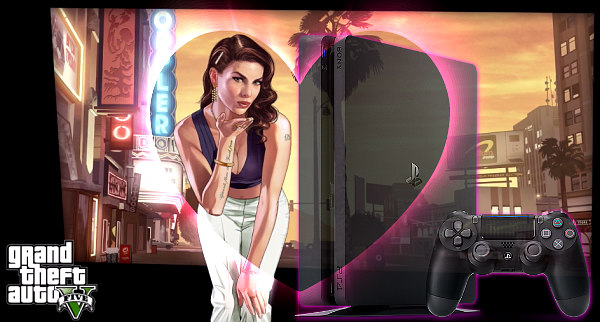