Since the previous batch of PS5 Videos, headlining the latest PlayStation 5 gameplay trailers is Genshin Impact Version 2.3 Shadows Amidst Snowstorms among the new footage posted below for the PS5 Scene.

TOMORROW IS IN YOUR HANDS

November brings an all-new festival and Tombs of the Fallen. Take part in a spectral celebration with quests, thrilling activities, and rewards including the deadly Hel’s Scythe. The Oskoreia Festival will be available from November 11 – December 2.

Tombs of the Fallen is available on November 9, with new underground tombs scattered across England ready for you to discover. Uncover these vast cave networks and solve confounding puzzles, face deadly traps, and reveal mysterious secrets of the past.

Grim darkness of the 41st millennium is coming back to the World of Warships: Legends! In the newest part of Warhammer 40000 collaboration, Black Templars clash with Orks with ships, Commanders, and more thematic in-game items available. Check out the video to learn more!

This World of Warships: Legends update brings a lot with it! Origin of Wisdom campaign with two ships, brand-new UK carriers, Warhammer 40000 collaboration, and more! Watch the video and learn all the details!

Learn what it takes to be a park management master in Campaign mode; a compelling, original narrative that puts you at the heart of the action following the earth-shattering events of Jurassic World: Fallen Kingdom, or take charge as you revisit pivotal moments from the Jurassic World film franchise in a series of ’what if’ scenarios in the all-new Chaos Theory mode.

Unleash your creativity in Sandbox mode to create your ultimate Jurassic Park or Jurassic World or test park management skills in Challenge mode with a range of missions of varying difficulty.

Tune and customize from over 400 cars in Gran Turismo 7 as you see fit. What car will you start with.

A first-of-its-kind "sky city builder,” Airborne Kingdom finds players in control of their own civilization in the clouds – at first a small propellor-borne platform that will grow in population and scale into a vast, bustling kingdom.

Gathering resources, exploring the sprawling landscapes below, and maintaining literal and figurative balance as the city expands in every direction, players will gradually ally themselves with kingdoms on the ground, collaborating to kickstart a long-lost global exchange of resources, ideas, and hope.

Play the 2013 quest that started it all in this standalone campaign!

The Queen's been captured and her kingdom is in peril; only you and your friends have any chance of restoring peace to this eccentric, enchanted land. Blast your way through treacherous forests, spooky crypts, and fearsome fortresses, but beware—your journey can change in an instant on account of Tina's gleefully chaotic whims. Dive into this epic tabletop romp and get ready for the fantasy fight of your life!

Become Sherlock Holmes, a brilliant young man, eccentric and intolerant of others' dullness. Also, get a glimpse of the cast of characters that is coming in Sherlock Holmes Chapter One. Releases on PS5 on Nov 16th. Preorder now and claim a free game!

How will different lighting conditions and dynamic weathering change the way you drive in Gran Turismo 7.

An upside-down digital/analogue universe created from original artwork and recordings to commemorate 21 years of Radiohead’s Kid A and Amnesiac. Coming free on 18th November.

Invite two friends to play for FREE for up to 14 days with Buddy Pass, available at Launch. Rainbow Six Siege players will unlock 4 exclusive gearsets across both games.

3...2...1... Let's go with the HOT WHEELS - DC Super-Villains Racing Season! From today to January 18th you can unlock free and premium items, collect new vehicles inspired by DC's most ruthless Villains, get gears and coins, just completing challenges and making your way through thrilling levels. There's no time to waste, get it now!

Get KO'd? Get Revenge! In the brand-new Chain Reaction Playlist, Knockout City adds an exciting twist after you get knocked out: Get launched into an ultimate throw, giving you one last chance to get back at the person that KO'd you in the first place!

Be careful, because if your ultimate explosion lands on top of them, they'll get the chance to do the same to other members of your team, too.

Besides the new Chain Reaction game mode, the Ultimate Experience event also adds a bunch of contracts to reward loads of XP, along with an event shop where every Ultimate Hologram that's ever been in the Brawl Shop makes a return, even Holos limited to Heatwave and KO City Heroes!

Ultimate Experience lands in Knockout City on November 16th at 12pm UTC. Knockout City is available now, and free to try up to Street Rank 25, on PlayStation 4 and PlayStation 5. Get the full game free with PlayStation Plus through December 6, 2021.

The scariest game of 2020, Visage, is coming back with an Enhanced Edition for PlayStation 5. Experience the same horrific journey in 4K 60FPS, with improved loading times and support for DualSense controller haptic feedback for greater immersion. The Enhanced Edition will be free for those who already own the game on PlayStation 4.

The biting cold of the frozen land causes many to falter, but the secrets of life slowly grow within... Follow the shadows that lurk in the snow, and wait for the ashes to sweep away and the dust to settle.

Just for the record, the above has absolutely nothing to do with the founder and leader of the Arataki Gang: Arataki Itto.

This December, The New War releases simultaneously on all platforms.

After countless years biding their time since the collapse of the Orokin Empire, the Sentients have mustered a full-scale invasion force and are prepared to conquer a shattered and divided Origin System. Discover your power within and take control of new characters, Weapons and a brand-new Warframe as you wage war across the stars.

Rally your Squad and get ready for the biggest narrative expansion to Warframe so far. The Origin System will never be the same.

Vanguard on PS5 lets you feel the tension of the trigger with the DualSense controller and hear the chaos of battle from every direction with 3D Audio. More on the immersive WWII experience, available now.

Winner of IGF's 2020 Grand Prize A Short Hike is coming on November 16th! Escape to the wilderness and explore a tiny open world in A Short Hike. Play as Claire, a young bird who is visiting her aunt at Hawk Peak Provincial Park, who decides to make the trek to the very top of the mountain.

Happy Chaos, the embodiment of his name, joins the Guilty Gear -Strive- roster on November 30th for Season Pass owners and December 3rd for general release.

Risk it all to save your fallen Operator? On January 20, Team Rainbow takes on the greatest threat they have ever known.

Step into the shoes of a young Sherlock Holmes in this open world detective thriller and investigate your way to becoming a legend! Coming November 16th. Last chance to pre-purchase and claim a free game and extra content.


Mastho is Together Launch PS5 Trailer

Help a sugar-free marshmallow fulfill his dream of finding the perfect balance between joy and vitality!

Action platforming as a sugar-free marshmallow can still be super-sweet! Mastho is Together features precision platforming challenges in which you guide the squishy white protagonist Mastho through obstacles in wholesome side-scrolling style. Jump and air dash your way through puzzle stages with pixel-perfect collision and no HUD to clutter the screen! The focus is entirely on gameplay.

Balancing minimalistic visuals with abstract aesthetics, Mastho is Together gets right to the point with no menus and no loading. Respawn immediately upon death, try again as many times as it takes, and relax to a light and rhythmic soundtrack across 40 lovingly crafted levels of increasing difficulty. Can you help Mastho along his path to pure healthy sweetness?

Mastho is Together launches this week for PS4 and PS5. 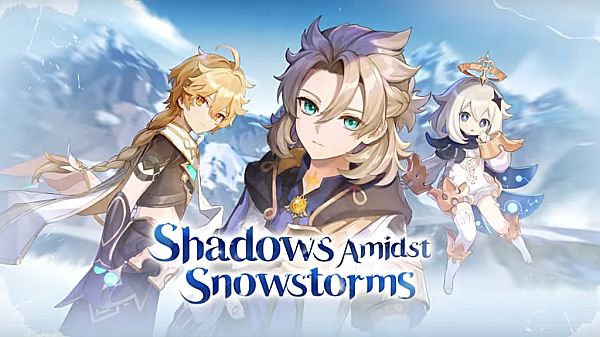 Senior Member
Contributor
Verified
Director's Cut & Remasters vs games I never heard of on the PS5.

Member
Contributor
I was thinking the same thing! Was the PS4 lineup like this around the time it launched?