Relive the most ambitious battle in Viking history in Assassin's Creed Valhalla's second expansion, The Siege of Paris! Available August 12th and included in the Season Pass!

No Man's Sky teases "Frontiers", its 17th free update, as part of its 5th anniversary celebrations.


MLB The Show 21 MLB at Field of Dreams PS5 Trailer

Head back to the Overcooked! All You Can Eat kitchens and celebrate 5 years of Overcooked with a brand-new FREE update available now for PS4 and PS5!

I Am Dead is a charming puzzle adventure game from the creators of Hohokum and Wilmot's Warehouse about exploring the afterlife. Available now on PS5 and PS4!

Morris Lupton is the recently-deceased museum curator of the tiny island of Shelmerston who is reunited with the ghost of his dog Sparky, only to discover that a disaster is about to destroy his beloved island.

Together, they must uncover Shelmerston's ancient mysteries, prevent the island's volcano from erupting, and save the place they call home.

Blue Reflection: Second Light is coming on November 9th for the PS4 and PS5 via Backward Compatibility.

BLUE REFLECTION: Second Light follows the adventures of three students – Ao Hoshizaki, Kokoro Utsubo, and Yuki Kinjou – who find themselves transported to a mysterious floating academy, searching for clues to find their way back home, with only their names as memories.

One day, a strange new space spreads across the outskirts of the academy. Since the new land surrounds the world the heroines inhabit, they refer to it as “the heart of the world” and name the unexplained new area Heartscape.

Unfortunately for the heroines, the almost dream-like land of Heartscape can also be an extremely dangerous location to explore. Monsters stalk the land, and Ao and friends will need to use the power of rings to summon weapons, change their appearance, and become “Reflectors” ready to repel the attacking beasts in a hectic real-time battle system!

Watch the Subaru Impreza WRC in the 1997 Rallye Sanremo, when Colin McRae achieved one of the most stunning victories of his career, overcoming other drivers. This iconic moment of the WRC is part of the Anniversary mode of WRC 10!

Pre-order WRC 10 and receive for free the Subaru Impreza WRC 1997 and the Rallye Sanremo Historical Event.

Windjammers 2 legend Gary Scott is teaching you how to play Windjammers 2 like a boss on PS4 and PS5! Players can join an open beta starting August 5th, competing in electrifying matches until August 15th on PS4 & PS5 and beginning their legacies in the coolest sport of all time.

Athletes can face off in online ranked play across courts spanning a sandy beach, roaring stadium, rowdy ring, or a towering rooftop complete with shot-deflecting bumpers.

The open beta allows PS5 and PS4 owners to go head to head. Score goals through unpredictable play, unleash special moves for an upper hand, and climb the open beta's leaderboards to become an undisputable champion.

Out now on PS5. Join Fennel the fox and his friends as they try to save their local arcade in Button City, a low poly narrative adventure.

Join Nelson in Super Hiking League DX! Race to the top against a friend or against the AI in platforming matches with direct combat and an elastic hook shot.

An evil wizard is making the mountains disappear as part of his plans to become the world perfectly plan! As a member of the Super Hiking League, you will not allow this to happen. Get in a hiking dispute against other trekkers to collect all the magic gems and end their plans!

Lift your weapons once more! Fire & Darkness unlocks a new realm brimming with new threats to extinguish and extravagant loot to claim.

Step foot for the first time into the Fire Realm, where an all-consuming darkness threatens to spread throughout Aperion and choke the world of all light.

OlliOlli World is a bold new skateboarding action-platformer that’s bursting with personality. Flip and flow through the vivid and vibrant world of Radlandia, meeting colorful characters as you grind, trick, and air your way to discover the mystical skate gods on your quest for Gnarvana.

Freedom of expression: Cruise through Radlandia’s epic skate-haven and prove your skills to unlock special rewards that let you customize your character’s looks, tricks and style. Want to skate in your flip flops... go for it. Want to wear a bumble bee onesie ...ok then... no judgement. In OlliOlli World as long as you’re on board anything goes!

Guilty Gear -Strive- is out and the reviews are in! Now available for the PlayStation 4 and PlayStation 5, Discover the Smell of the Game and see for yourself what the critics are raving about.

Take the role of Sheriff Erika Wright as an investigation brings her to the small mining town of Bataille, where she is suddenly trapped by a ring of deadly, glowing towers encircling the community. Here she meets residents of a disarming variety, from extreme conspiracy theorists to wealthy vampires and a serial killer.

Guide Erika's decisions as she forms uneasy alliances and finds love through partnership. Amidst the horrors facing Bataille, romance can blossom with the few people Erika might be able to trust. Each possible relationship reveals valuable secrets about the towers and their surrounding mystery.

Blending an eerie atmosphere with romance and supernatural mystery, Crimson Spires presents its otome-style narrative with an uncommon degree of freedom. Along its multiple story paths, the experience shifts between rich 2D character art and 3D exploration, allowing you to investigate building interiors and immersing you in the town of Bataille.

Crimson Spires is available today for PS4 and PS5.

Set in the iconic Alien universe, Aliens: Fireteam Elite is a cooperative third-person survival shooter that drops your fireteam of hardened marines into a desperate fight to contain the evolving Xenomorph threat.

Sonic the Hedgehog and Miles "Tails" Prower are rolling into Super Monkey Ball Banana Mania as playable characters, free and unlockable on PS5 and PS4 through normal gameplay at launch!

This combined celebration of the Super Monkey Ball 20th and Sonic The Hedgehog 30th anniversaries sees Classic Sonic and Classic Tails speed through over 300 Stages with the monkey gang and friends!

Saddle up for the rootinest tootinest season of Rocket League yet! Wrangle up your posse and hit the dusty trail for Rocket League Season 4! There's trouble brewin' in the newest Arena, Deadeye Canyon.

Outlaw, the car that's new around these parts, is wanted demoed or intact. Capture it in the all-new Season 4 Rocket Pass, plus unlock the fanciest provisions in the 70+ Tiers of new items!

Meet at high noon, win your duels, and become a tall tale in the Competitive Ranks. Complete weekly and Season Challenges to receive bounties of XP and Items. Join Tournaments with your crew, including the newly added 2v2 and Extra Mode Tournaments!

Evil Genius 2 is a satirical spy-fi lair builder, where players take control of an Evil Genius and set their plans for world domination in motion. When it feels this good to be bad, the Forces of Justice don’t stand a chance!

Build your own unique evil lair and cover operation, train a force of criminal minions to defend you’re your lair from the Forces of Justice, and dominate the world with a Doomsday Device in this direct sequel to the 2004 cult classic!

“All I know is that when he beckoned I had to follow him.”

Follow Marius and the Dark Wanderer east, where horrors await.

If you want the upper hand, arm yourselves to the teeth. Gear up with the Season Five Battle Pass. Coming to BlackOpsColdWar and Warzone on August 12th.

Your identity has been foreclosed, will you take take it back? FORECLOSED is out now on PS5 and PS4.

FORECLOSED is a narrative-driven action-adventure set in a Cyberpunk world filled with action, suspense, and experimental augmentations. Follow the story of Evan Kapnos in this sleek comic book styled game as he unravels the conspiracy behind his identity foreclosure. Who is responsible and why?

Before Season of the Splicer comes to and end on August 24th, complete your Season Pass and unlock all 100+ rewards.

These rewards include the Interlaced Armor Ornaments, Absorb The Ether Emote, Riis Racer Sparrow, and much more.

Ready for your Summer Slay-cation? Back 4 Blood’s Open Beta is coming August 12-16!

Don't miss any of the apocalyptic mayhem in the Beta, including: 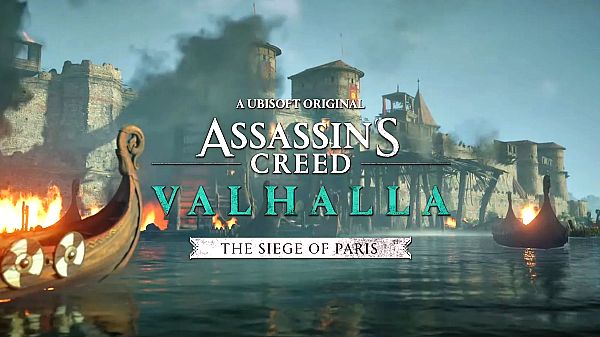 Senior Member
Contributor
Verified
Do not even bother with those games, You can do better $ony.

Senior Member
Contributor
Verified
So... does anyone here have a PS5?

Member
Contributor
Verified
Is it me or PS5 hardware is awesome but the games are getting sh!ttier ? WTH ? I know devop's gotta get used to the new tools / DevKit, but come on Sony / software camps !?!
You must log in or register to reply here.
Share:
Facebook Twitter Reddit Email Share Link