PS4 Guides and Tutorials       Thread starter PSXHAX       Start date Jan 26, 2017 at 5:23 AM       40,582       12
Following the LibPSVR PSVR C Library, PlayStation 4 developer gusmanb has been working on PSVRFramework alongside PSVRToolbox... and with them zachhouseknecht put together a PlayStation VR on PC Guide for those interested!

To quote: First off I would like to thank gusmanb & DerTooSoon for such a great start on not only the PSVRHack subreddit but also working on making a solution for PS VR to work (somewhat easily) with the PC.

The only problem I was continually having was finding one place with step by step installation. I understand this is hard as people's setups may vary. But I found shortly after I downloaded what I needed and read one of DerToosoon's comments I figured out the process pretty easily.

First and foremost you will need your PS VR headset and the breakout box (obviously). Setup the breakout box how you normally would - except you are taking the HDMI that would regularly go into the PS4 and plugging that into your PC's HDMI out.

Step 2. Download (if you haven't already) both PS VR Framework as well as libusb-win32. You need both of these to properly interface (easily) with the PS VR headset. I'm going to get you set up - what you do after is of your own accord.

Step 3A. Run libusb's "install-filter-win" that is appropriate for your system - there are options for amd64, ia64, and x86. Select "Install a Device Filter". You will be selecting "vid:054c pid:09af rev:0107 mi:05" USB Input Device" and then hitting install. Make sure you select that device - there are numerous devices titled similarly - don't make the same mistake I did the first time!

Step 3B. Make sure both "libusb0.dll" and "libusb0.sys" are in your "windows/system32" directory before progressing. This step is crucial to troubleshooting if you have issues later.

Step 4. Turn on the PSVR headset with the power button on the wire that runs to the headset - you should hear it's auditory "beep" and white light turn on. Run PSVRToolbox. You should be good to go. If you have any problems feel free to reach out to me here in this thread. I am not the creator, or a hacker myself necessarily, but someone that has great interest in getting this tech working on PC's for everybody.

I was unable to get the newest PSVRToolbox - 0.3 - the one with WinUSB to work with my setup, even after uninstalling the filters. (Note: The latest version is PSVRToolboxPortable v0.4.6 linked above).

Thanks to @raedoob for sharing the news tip in the PSXHAX Shoutbox! 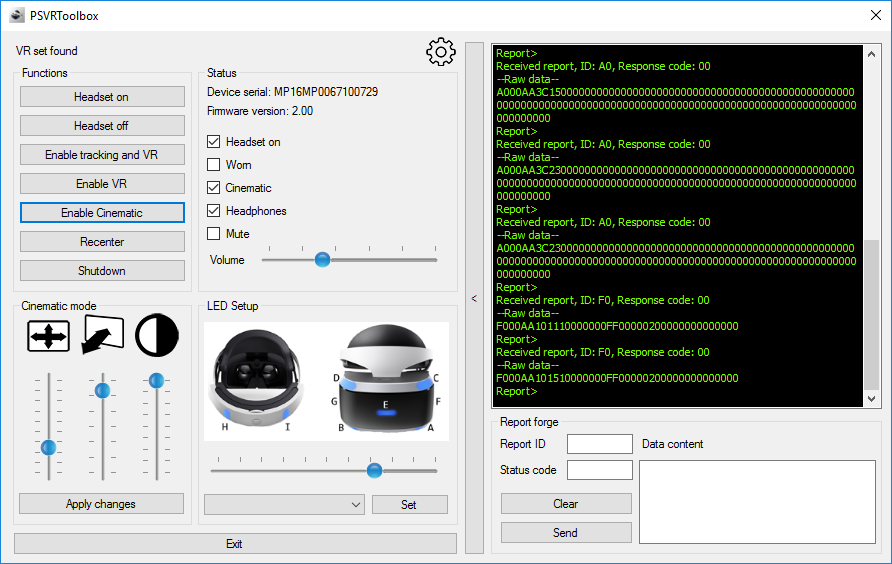 Senior Member
Contributor
That's gonna be a cheap vr option for PC if it will work.

Staff Member
Moderator
Verified
From what I've read lately on mainstream media sites the PlayStation VR may be heading the way of Sony's PS Vita quicker than expected with a lack of upcoming PS VR releases... apparently even those already announced are either delayed or have no updates so we'll see

PSXHAX said:
From what I've read lately on mainstream media sites the PlayStation VR may be heading the way of Sony's PS Vita quicker than expected with a lack of upcoming PS VR releases... apparently even those already announced are either delayed or have no updates so we'll see
Click to expand...

Everything will be fine, dont p1ss on my campfire

Staff Member
Moderator
Verified
LOL so you're one of the $400 victims... err early adopters, eh? Jk

I have high hopes for it, res evil is amazing and i jumped out of my skin a number of times during the 1st 2 hrs playing

Member
Contributor
Thank you for news.

Senior Member
Contributor
Verified
Finally had time to get this working, and works pretty good...Thanks to these guys for the hard work put in, and I hope they continue to improve the tools for greater PC compatibility.
You must log in or register to reply here.
Share:
Facebook Twitter Reddit Email Share Link