Below is the official announcement from his Github, to quote: PS Vita 3.69/3.70 Jailbreak PSA

First of all, thank you for your patience and support, your wait will soon be over. It's been more than half a year since the release of h-encore and it has reached nearly half a million downloads!

Now it's time for my second and last jailbreak for the PS Vita. Unlike previous exploits chains, this one will not use a WebKit or savedata exploit as entry point, but a novel one.

The upcoming exploit chain consists of a PSP Emulator Escape. This means it is exploiting bugs in the emulator to escape the sandbox and run native ARM code. While this is cool and technically very interesting, there is a catch: your device must be linked and activated with a PSN account, such that you can download and install a PSP game from the store.

The problem is that in case Sony releases a new firmware which fixes this entry point, you'll not be able to access the store anymore and therefore, not be able to hack your device. Hence, some coordination is required, such that nobody misses the chance (if you're maintaining a blog or forum, please stick this PSA on top, so people are aware of this opportunity).

For that reason, I am giving you 6-8 weeks time to download and install a PSP game, then I will drop the jailbreak. This should also be enough time for you to search and buy a new PS Vita.

Follow the instructions below to successfully prepare your device for the hack:
If you have completed the preparation, you can now sit back and come back in 6-8 weeks for further instructions. It is important that you do not unlink/deactivate your PSN account or restore your settings in this time.

Furthermore, I am looking for a cool exploit name. Best would be a name that is related to sandbox/emulator escaping. If you have something cool in mind, feel free to make a suggestion.

Last but not least, I would like to ask you a favour: if you're following me on Twitter only for PS Vita news, please stop liking/retweeting/commenting to tweets of mine that are not related to PS Vita. The reason is that I am planning to use Twitter more "professionally" in InfSec. There were so many times when I had conversations with people that got interrupted with "3.70 hack wen". I know this is partly my fault, since I didn't give you an exact ETA, but that's because I have got my own real life.

I said I'd release the hack somewhen in 2019, such that I do not put myself in too much pressure, as I am currently studying and working on my Bachelor's thesis. I never asked you to praise me or look at as a god or whatever, but the disrespect of some people nearly kills my motivation. If this doesn't stop, I might completely stop working on the PS Vita.


Cheers to OfficialThibobo for the news pic and heads-up on Twitter earlier today! 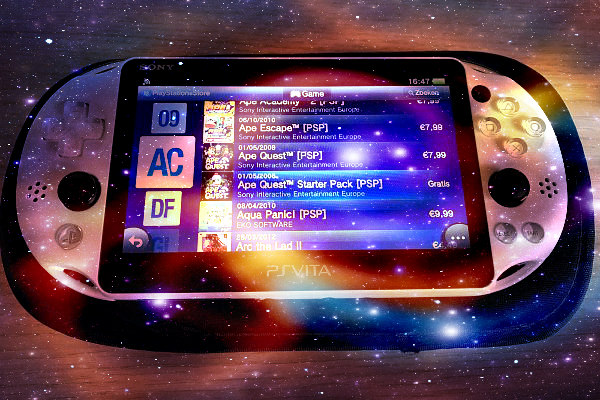 Senior Member
Contributor
Verified
New to the vita world. What would be better, buy a Vita that is on the old jailbreak, or buy one and be ready for this one?

Member
Contributor
At least ps vita still has a developer with big balls.. Not the ps4 sissies

Senior Member
Contributor
All ready on my vita 3.70 waiting for news thanks THEFLOW you're the number one

Staff Member
Moderator
Senior Member
Verified
Didn't the TheFloW get a PS4 recently? Maybe one day we'll see him on the PS4 side too