Following his PS3 DECR-1000A GRID Autosport Demo, PlayStation 3 developer @MrNiato dropped by the PSXHAX Shoutbox today to let us know he's shared a dump from his PS3 DECR-1400 Reference Tool that came from Supermassive Games where he discovered an Until Dawn update!

Check out more pictures on his blog PSXHackingNews.net and to quote, roughly translated:

This week I received a PS3 DECR-1400, after having properly configured it I went in the category of the game updates and there I discovered something strange, a game update of about 3gb which had for logo the game Until Dawn which never went out on PlayStation 3.

My console comes from England and the development studio that produced Until Dawn is itself located in England, strange not? 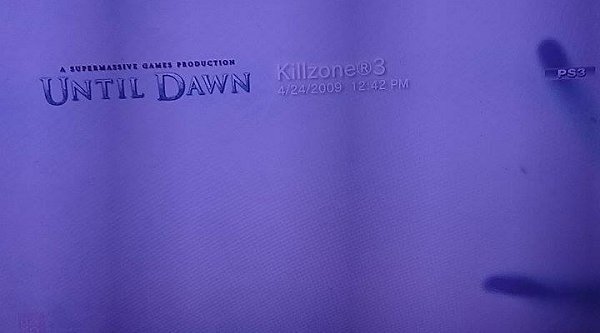 Member
Contributor
Verified
Until Dawn uses Decima engine, the same engine used in Killzone games, Horizon Zero Dawn and the future Death Stranding. The gameplay of this ps3 prototype version was published some months ago by Borman.

Senior Member
Contributor
So, this is playable?

Member
Contributor
Where is the EBOOT.BIN? No eboot - useless stuff 100%