Check out all the new PS5 game trailer videos below!

Maquette is a first-person recursive puzzle game that takes you into a world where every building, plant, and object are simultaneously tiny and staggeringly huge. Maquette makes it possible by twisting the world into itself recursively in an MC Escher-esque fashion.

Head to the center of the world and you'll feel like a giant, towering over buildings and walls. But venture further out, and start to feel small as things get larger and larger - to the point where cracks in the ground become chasms.

In Maquette, you will explore the scales of everyday problems in a modern-day love story. Where sometimes the smallest of issues can become insurmountable obstacles.

Frost Escalation has arrived in Dauntless! Face a flurry of frosty foes on your way to the ultimate challenge - the Urska.

Play Dauntless for free on PlayStation 5 and PlayStation 4 with true cross-play and cross-progression.

The We Were Here trilogy of co-op puzzle adventures will release on PlayStation this February 23rd! You can claim the first game in the series - We Were Here - for free already, until February 22nd. Claim it now and keep it forever.

You and a friend find yourselves trapped and split up inside the sinister Castle Rock in deepest Antarctica. With only a pair of walkie-talkies, can you communicate and work together to escape?

Lunar New Year has come to the Minecraft Marketplace! Between February 9 - 15, you can find everything you need to ring in the Year of the Ox, from curated content to free skins!

Tatis Jr. and Coach are here to show you the different gameplay styles so you can OwnTheShow your way in MLB The Show 21


MLB The Show 21 - Your Ballplayer can do it all with Coach and Fernando Tatis Jr. PS5

Tatis Jr. and Coach tell you about how your Ballplayer can leave Road to the Show for the first time in MLB The Show 21. Pre-Order Now at TheShow.com.

Disciples: Liberation marks a new beginning for the franchise, allowing players to explore a richly detailed dark fantasy world, fight foul beasts in intricate turn-based combat, take on hundreds of unique quests and foster relationships with an assortment of in-world factions: from a human empire tinged by religious extremism to the dark forces of the undead lead by a mad queen.

Alliances forged, players can amass an army and trade hard-won resources for an assortment of upgrades to their home base. No choice is without consequence and depending on decisions and political alignments, one wrong move could see a deadly domino effect, irrevocably changing the course of a player's story.

The intergalactic adventurers are back with a bang. Help them stop a robotic emperor intent on conquering cross-dimensional worlds, with their own universe next in the firing line. 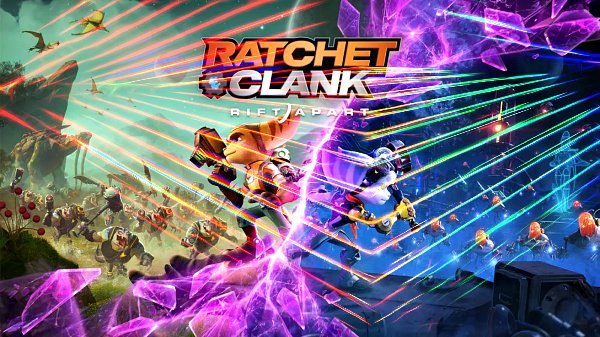