The bustling industrial metropolis of Raccoon City was the place that Jill Valentine once called home. Die-hard fans, newcomers who started with last year’s Resident Evil 2, and PlayStation aficionados are surely familiar with the city’s ultimate fate, but Resident Evil 3 sheds new light on events that happened both before and after Resident Evil 2.. To that end, the Raccoon City demo will put you right in the thick of things, so here are a few tips on how to make it through:

While you may be tempted to run everywhere to make a swift escape from Raccoon City, the foes you’ll face along the way can be surprisingly agile. Sometimes it’s best to slow down a bit to avoid running into the open arms of a nearby zombie... or worse.

On the flip side, there are times where running is your only option – say, if a certain bioweapon hell-bent on eliminating all traces of Jill Valentine decides to drop in...

Either way, Jill can put her training to good use by deftly sidestepping most attacks. With just the right timing, you can even pull off a perfect dodge, giving you a faster recovery and an opportunity to turn the tables on your attacker.

Jill has to make her escape among the ruins of Raccoon City. As you navigate the city streets, keep an eye on your surroundings and listen for nearby enemies, and you might just avoid becoming zombie chow.

Always keep an escape route in mind when you’re entering a new area — sometimes the best solution is not to fight at all. You might also come across some bits of the environment you can use to your advantage, too.

That doesn’t mean you need to use everything right away, though. Sometimes it’s best to leave an explosive barrel or stunning electrical box where it is to use later. It pays to be aware of your surroundings and to plan ahead!

With Raccoon City falling into chaos so quickly, a lot of debris was left in the streets. You’ll find various items and zombies in unexpected places, of course, but various bits of construction detritus cover the streets, as well.

You can surely guess how volatile red barrels work, but what about the sparking generators that are scattered around the city? We don’t recommend getting too close, but they should have their uses in a pinch.

This isn’t the first time Jill has had to deal with the undead, having lived through the horrors of the incident in the Arklay Mountains. Sometimes it helps to put yourself in her shoes for a moment and think about how she’d deal with a situation.

How many bullets do you have left? What enemies are you willing to fight? Is it better to power through and risk injury, or is it better to hold your ground? If you want to see the end of the demo, you’ll have to think about how to best use the resources you have.

We also have a fun challenge for those of you looking for bragging rights – there are 20 “Mr. Charlie” figures scattered throughout the demo in hard to find locations. These fun little bobble heads might remind you of RE2’s “Mr. Raccoon” or RE7’s “Mr. Everywhere,” and have been deliberately placed in obscure locations.

If you’re up for the challenge, try to find all 20! You’ll have to check every possible nook and cranny to locate each and every one. It won’t be easy, so be sure to share your success when you’ve smashed all of them!

An open beta for Resident Evil Resistance will also be starting on March 27, giving you a chance to make your escape from a twisted experiment as part of a team of four Survivors, or to take a seat in the Mastermind’s chair and attempt to crush the Survivors instead.

Resident Evil Resistance will be included with Resident Evil 3, and the open beta runs right up until launch, so it’s the perfect time to start learning the ropes of this unique asymmetrical online game! 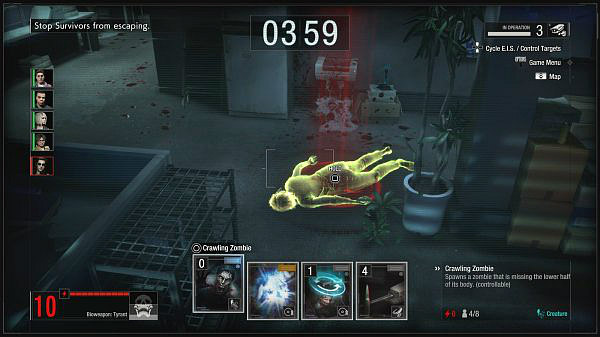 Member
Contributor
Verified
Let's see if we can use a backported version of this demo for 5.05 jailbroken consoles.

Staff Member
Moderator
Contributor
Verified
There was a Reddit post by baskabersci awhile back of a PKG that may be from the QA Leak via 4Chan, but thus far I've not seen anyone confirm whether the Default Passcode worked, etc.