According to the PS5 News update on their official site, Riders Republic officially rolls onto PlayStation 5 next February 25th, 2021.

To quote: Riders Republic is a massive multiplayer playground where you can play with bikes, skis, snowboards, wingsuits and rocket wingsuits in the great national parks of the United States as you build your career or join your friends in multiplayer activities.

The game will be available on PS5, Xbox Series X, PS4, Xbox One, PC, Stadia and UPLAY+ on February 25th, 2021. Additionally, it will be playable at 60 FPS on next gen consoles.

Jump into the Riders Republic massive multiplayer playground! Ski, snowboard, bike, or wingsuit across an open world sports paradise. Race in mass start events, develop your rider’s career, or kick back with friends and free roam the parks.

Live out the rider's fantasy as you roam free in a huge, vibrant open world, always buzzing with other players around you. Immerse yourself in iconic American national parks including Bryce Canyon, Yosemite Valley, Mammoth Mountain... all mashed up for you to shred!

Squad up with your friends and compete in a wide range of multiplayer modes: feel the rush of downhill races, dominate maps in team vs team competitions, or give it your best shot in epic mass PvP races with more than 50 other players.

JUMP INTO A MASS SOCIAL PLAYGROUND

From snowy mountains to arid canyons, ride through some of the most magnificent destinations on earth: the American National Parks. Bryce Canyon, Yosemite Valley, Sequoia Park, Zion, Canyonlands, Mammoth Mountain and Grand Teton have all been faithfully transposed and mashed up together to create the most unique and lively playground. Gather in a vibrant social hub and meet a wild community of fellow riders.

PLAY WITH OR AGAINST YOUR FRIENDS IN INSANE MULTIPLAYER MODES

Create and shape your own rider through evolutive, progression-based gear and define every aspect of your avatar. Whether you want to be the best snowboarder alive or the fastest thing on two wheels, everything is possible.

Make a name for yourself in a variety of sports, rise to the top of the leaderboard in career mode and sign with legendary sponsors from a wide range of outdoor action sports.

In career mode, you’ll start out as a talented rider looking for opportunities to take off your career in the following 6 tracks:
Each of these careers will have a variety of events and activities to challenge and build your skills.

Throughout your journey you’ll also be guided by a mentor, Brett Nale, who will offer tips and exclusive sponsorships from top brands.

You will meet him during the career progression, and he is also the voice you hear in the Game Preview video.

The gear you obtain during your career progression and in-game activities will have statistics that will let you fine-tune your playstyle. Your goal will be to find the best gear suited for each gameplay scenario, like an optimal bike to perform tricks or the fastest snowboard to win the next big race.

When we refer to gear, we are talking about bikes, snowboards, skis, wingsuits and rocket wingsuits. You can also get cosmetic outfits while progressing in the game and through an in-game store. Those outfits will have no impact on the gameplay and will be purely cosmetic.

THE WORLD OF RIDERS REPUBLIC

Riders Republic takes place in the United States featuring 7 of the most iconic National Parks:
We believe that this range of locations will lend well to the variety of extreme sports available in the game.

The world is constructed from the assembly of real elevation maps of US regions at a 1:1 scale, but it’s not an exact reproduction of each U.S. national park. We took some creative liberties to maximize gameplay opportunities and slightly modified these mountains to make the in-game activities even more exhilarating.

MAKE THE MOST OF NEXT GEN GAMEPLAY

Riders Republic will run at 60 FPS on next gen consoles and display more than 50 players simultaneously live on screen. With the game’s very intuitive character and camera control combined with an innovative trick system, all players, casual and hardcore, will have the chance to experience untapped joy from the very beginning. 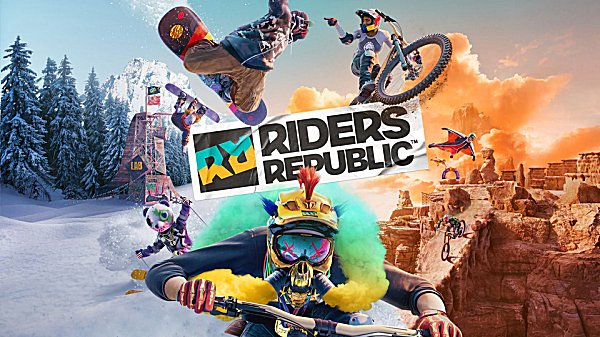 Staff Member
Moderator
Verified
Yep, it will be released for the other platforms including PS4 on the same day.

Senior Member
Contributor
Hope this isn't gonna be a confusing pay to progress, with 100 different packs like Steep....