Shadow of the Tomb Raider Gets The Grand Caiman PS4 DLC

We're excited to announce The Grand Caiman, the newest DLC adventure for Shadow of the Tomb Raider, is available now. Out as a free download to all Season Pass holders, and sold separately, The Grand Caiman is available for the Xbox One family of devices including Xbox One X, the PlayStation 4 computer entertainment system and Windows PC/Steam.

In Shadow of the Tomb Raider’s new DLC, a ferocious deity threatens the lives of innocent San Juan villagers. To save them, Lara will battle a deadly group of mercenaries in order to prevent a cataclysmic disaster. Solve the new volcanic challenge tomb and reap its powerful rewards.

Survive the latest DLC with the Reptile Hide outfit, which heightens resistance against projectiles and boosts XP gained from assault kills. Players can also equip the Whispering Scourge, a suppressed shotgun, as well as the Volcano skill that enables crafting incendiary shotgun ammo, which sets flammable objects and most enemies ablaze. All tombs from the main campaign are all now playable in Score Attack and Time Attack mode.

Shadow of the Tomb Raider is available now worldwide on Xbox One, PlayStation 4, and Windows PC/Steam. The Season Pass is available for $29.99 or The Grand Caiman can be purchased as a standalone for $4.99.

Shadow of the Tomb Raider The Grand Caiman PS4 DLC 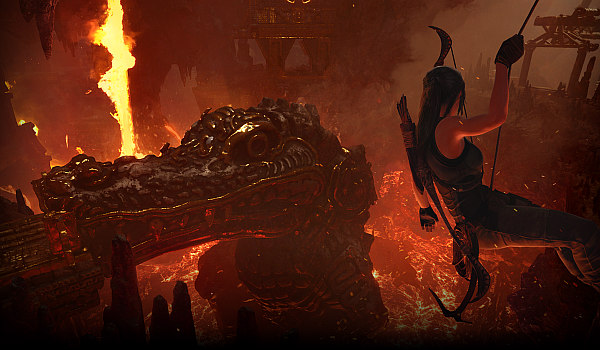 Member
Contributor
Verified
THIS LOOKS REEEEAAALLY AWESOME!
You must log in or register to reply here.
Share:
Facebook Twitter Reddit Email Link
Recent Articles
Mortal Kombat 11 Kombat Swap Pack (EU / US) PS4 FPKG Mods by GrimDoe
Since my previous Mortal Kombat XL PS4 Skin Mod Demo and Friday The 13th: The Game PS4 RTM Trainer, here's a Mortal Kombat 11 Kombat Swap Pack from me (GrimDoe on Twitter) alongside some new...
PS4 Debug Watch App Port for 6.72 Firmware via Withmetta
Based on the Debug Watch utility by jogolden (Twitter) and the PS4Debug 6.72 Fork by GiantPluto (Twitter), recently I (aka withmetta) recompiled PS4 Debug Watch and got it working on PlayStation 4...
PS4 Syscon Loader Python Script for System Controller Files by SocraticBliss
Following the PS4 SysGlitch Tool and SysCon Glitching Pinout and his PS4 Unfself Tool, today PlayStation 4 developer @SocraticBliss is back with a PS4 Syscon Loader via Twitter tested with the IDA...
XNA RPKGMAN: XNA Remote Package Manager by Cypheron
Hey everyone, following PS4 PKG Sender v1.03 I have created XNA RPKGMAN: XNA Remote Package Manager which is a fully dynamic, lightweight package manager that only requires NodeJS/NPM and runs on...