The Last of Us Part II PS4 Release Date and Reveal Trailer Video!

Here are details on the various editions of the game, including The Last of Us Part II Standard Edition, Special Edition, Digital Deluxe Edition, Collector's Edition and Ellie Edition from Director Neil Druckmann to quote:

The Last of Us Part II Collector's Edition

The Collector's Edition also comes with a voucher for digital content, including a PS4 dynamic theme, a set of six PSN avatars, a digital soundtrack, and a digital version of the mini art book.

The Last of Us Part II Ellie Edition

The Ellie Edition gives you all of the contents of the Collector's Edition, plus a full-sized, fully functional recreation of Ellie's backpack, an embroidered patch, and a 7” vinyl record featuring music from the original soundtrack.

We'll also have a Special Edition version that features the custom SteelBook case and all of the digital content found in the Ellie Edition and Collector's Edition.

The Last of Us Part II Digital Deluxe Edition

For those that prefer to go digital, we have the Digital Deluxe Edition, which includes all of the digital content outlined above, as well as a digital copy of the Standard Edition.

If you pre-order either of these versions on PlayStation Store, you'll instantly receive a The Last of Us Part II PSN avatar featuring Ellie's tattoo.

Additionally, if you pre-order any edition of the game, you’ll also receive two in-game unlocks at launch:
Hold on. We’re not done. Today, journalists from all over the world are going hands-on with two new levels at a press event in Los Angeles–playing roughly three hours of the game! 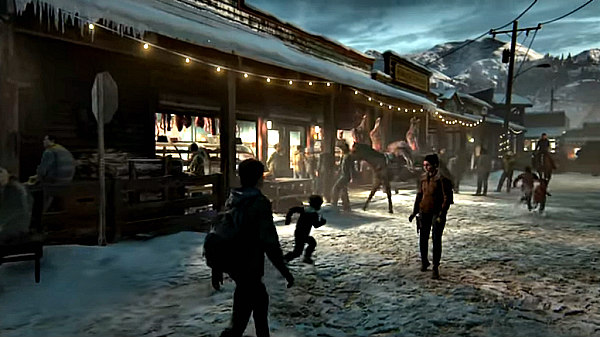 Senior Member
Contributor
Must have ...

Senior Member
Contributor
I am getting this physical 100% but i hope there will be a kexploit soon after this release as its the last major exclusive on the ps4 that everyone wants... only GOT left before the ps5 releases...