Well that wasn't long... just a day after we saw the Unreal Engine 5 PS5 Demo comes an incredible fan-made UE5 tribute recreated in Dreams on PS4 by Martin Nebelong on YouTube with sound!

This comes following the impressive Forest Rain Demo previously showcased, and below are several versions he made in only a few hours with the latest revision even including sound.

A two hour sculpt from this evening. I was completely in shock over the coolness of the UE5 reveal so I wanted to make this tribute in Dreams. Let me know what you think!
Unreal Engine Tribute made in Dreams on my PlayStation 4 in two hours

After watching the Unreal Engine 5 Demo I had to try and make something inspired by that, in Dreams. I’m completely blown away by the fidelity of UE5 and the possibilities near-unlimited polygons could mean for games. What epic has achieved with their Engine is utterly amazing!

At the same time, Dreams stands for something else. Artistic freedom, and freedom from all the technical work that normally goes into creating 3d graphics. In Dreams, it’s about the brushstroke and the style of the artist and Dreams manages to stay true to that idea through almost all of its tools and functions.

The sound was added in post. Let me know what you think of the scene!
Unreal Engine 5 Tribute in Dreams, PS4 (with sound) 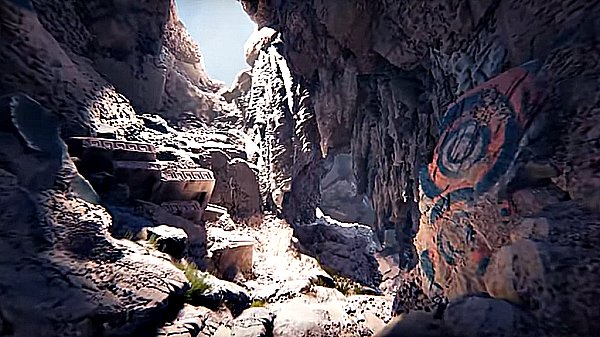 Member
Contributor
Is there a playable teaser? It's beautiful

Member
Contributor
Verified
The colors feels almost the same as the original.