Going by Sanadsk on Twitter, he also hosts a popular YouTube Channel to document his research and data mining game assets including PS4 titles such as Shadow of the Colossus below.

Here's more details from the README.md, as follows: BBAnimConverter

The hkx animation files of Bloodborne cannot be opened directly with Havok's Tools, and that's because they are formatted for PS4 use. This tool fixes these animations so that they can be previewed in Havok's Tools.

Run the program, and Choose the folder you have the HKX files in (The program creates a folder called "Place_HKX_Here", which you can place your files there as well). The result files will be in the "Output" folder created in the same folder the HKX files are in. The files can be opened now with Havok Tools 2014 64-bit. You need to load both the Skeleton.hkx and the animation file together to preview.

If you want to support my work, then consider donating even if it's a small amount 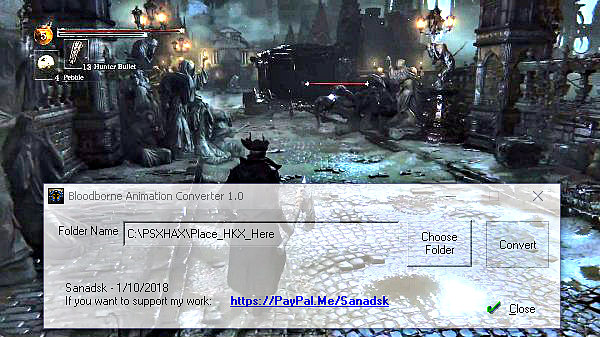 Member
Contributor
hmmm The Havok tools seems to crash whenever I try to launch it (I suppose it's probably because I'm running Win10). Is there any way to get it working, or do I have to find some way to run Win7?