To quote from their Lead Editorial Writer James Mattone on the PS4 News: PlayStation 4 owners, prepare to engage in your first deniable operations.

The Call of Duty: Black Ops Cold War Alpha is set to have a download size of approximately 25 GB.

Download the free Alpha at the links below for your respective region:
Accessing the Alpha + Reward for Participation

Those who own Call of Duty: Modern Warfare or have Warzone installed can access the Black Ops Cold War Alpha through the main menu.

Within the Modern Warfare or Warzone menus, selecting the Alpha menu blade either brings you straight to the Alpha to jump in and play if you’ve already downloaded, or redirects you to its download page at PS Store.

You can also exit the Black Ops Cold War Alpha and go straight into Warzone through a menu blade within the Alpha.

All participants will receive a Calling Card, accessible across Modern Warfare, Warzone, and Black Ops Cold War upon its release, just for participating in the Alpha.

Here’s what players can expect in the Alpha, including an all-new Multiplayer mode for the franchise:

The Alpha will include three traditional game modes across two maps designed for 6v6 play.

Among this trio is the gold standard of squad-based game modes in Call of Duty – Team Deathmatch (TDM) – as well as Kill Confirmed, a TDM variant where Operators must confirm kills by picking up enemy dog tags dropped by downed players before they are denied by the enemy team.

Then there’s Domination, an objective mode staple in the Call of Duty franchise. Expect a larger capture area than in previous titles in Black Ops Cold War’s Domination, allowing for more cover opportunities and maneuverability when attacking or defending while capturing a point.

These three modes will be available on the following maps during the Alpha:

A prison transport vehicle has been intercepted by Perseus through hired DGI forces, with CIA forces arriving to take them out in the heat of Miami’s South Beach.

Amid art-deco architecture and neon lights, Operators battle between various buildings, in the streets, and on a stretch of the beachfront itself. Various rooftops and windows act as prime longshot spots for sharpshooters who can take advantage of vistas across empty streets and beaches.

Meanwhile, Operators can weave in-and-out of vacated tourist traps in close-quarters combat, using parts of a parking garage or the beachfront to flank enemy combatants.

First teased in the Black Ops Cold War Reveal trailer, Satellite is set in an Angolan desert where a KH-9 American-made satellite has been downed.

Soviet and American forces arrive on a battlefield devoid of any man-made structures, save for the satellite in question at mid-map. Other than this cover-heavy central point, the map’s rocky outcroppings and archways provide numerous flanking routes and plenty of cover.

Alternatively, the natural sand dunes on the opposite side of the map are a perfect territory for snipers, at the expense of any meaningful protection from aerial Scorestreaks or a cross-map high-caliber bullet.

In Combined Arms, vehicles such as Tanks, Snowmobiles, Wakerunners, and Gunboats will allow squads to bolster their firepower and mobility across these expanded environments. Like the core 6v6 Domination mode, teams will be tasked with capturing and defending multiple objectives between two initial spawn areas.

Along with traditional loadout-based firefights and Scorestreak play, Combined Arms: Domination is defined by how each squad uses the available selection of vehicles to help their team turn the tide of battle.

In the Alpha experience, Combined Arms: Domination will take place on two maps:

It’s 1984, and U.S. and Soviet forces are battling it out in the North Atlantic Ocean in search of a prototype nuclear submarine.

Competing squads will take to the high seas with skirmishes on multiple ships, utilizing ziplines, rappel lines, and various seacraft to navigate the rough waters below.

The central ship is a hotspot for combat of all forms, from CQB battles in control stations, to sniper duels with adjacent ships, to aquatic warfare that may take place below the surface. Be sure to explore every nook and cranny of the map to discover new entryways to each objective point, and keep your head on a swivel.

In the middle of the frozen Soviet wilderness, NATO forces have ambushed a large military convoy comprised of mobile ICBM launchers.

Tanks and Snowmobiles will help operatives plow over this snowy tundra’s banks and groves, both of which could be temporary homes to sharpshooters looking for longshot opportunities.

Those planning out their strategy for victory should consider wresting control of the communications station, the lone structure that stands at the dead center of the iced-over lake. Or, for those looking to flank the enemy team, try braving the rickety bridge that spans over a deadly chasm... if you’re not afraid of heights, that is.

Before dropping into the above maps and modes, get a glimpse at the Create-a-Class, Gunsmith, and Scorestreak customization features showcased in limited capacity during the Alpha.

While you’re editing your loadout, get to know the new Field Upgrades on offer. These are pieces of equipment earned over time while in-game that can act as a boon for your fellow squadmates or hinder the enemy team’s abilities. Wildcards also fundamentally alter the rules of Create-a-Class, with four powerful options to choose from for maximum flexibility.

Alternatively, a few default loadouts are available for Operators looking to pick up and play with a developer-tailored selection of weapons, attachments, Perks, equipment, Field Upgrades, and Wildcards. For those looking for inspiration on Create-a-Class and Gunsmith creation ideas, these default loadouts can act as a great framework for crafting your own custom arsenal.

Once everything is to your preference, dive into Multiplayer and earn some Scorestreaks, which can be crucial for achieving victory. Scorestreak points – earned via both kills and objective play – are kept through death. Stay alive and string together multiple kills in one life to earn point multipliers that will aid in earning higher-end, game-changing battlefield technology.

This Alpha is just a fraction of all the content to come with Black Ops Cold War Multiplayer; expect more modes, maps, weapons and vehicles in the upcoming Open Beta and at the game’s launch on November 13.

Pre-order digitally now and get instant rewards like the Woods Operator Pack for immediate use in Modern Warfare and Warzone, and secure early access to the Open Beta, first on PS4.

Deniable operations. Undeniably Black Ops. Pre-load the Alpha now on PS4 to be one of the first to play Call of Duty: Black Ops Cold War Multiplayer.

Also heating things up in the PlayStation 4 scene today is a potential new WebKit exploit (CVE-2020-9951) if any PS4 developers are interested in examining it further:
From sleirsgoevy: I will take a look into it; at least it does not like an obvious dead end, like any JIT-based exploit. Will have to build a debug version of the whole WebKit though; my current script only builds JavaScriptCore.

And finally, from zecoxao comes a MACROSS (Retail) 7.02 Collection for developers to examine: 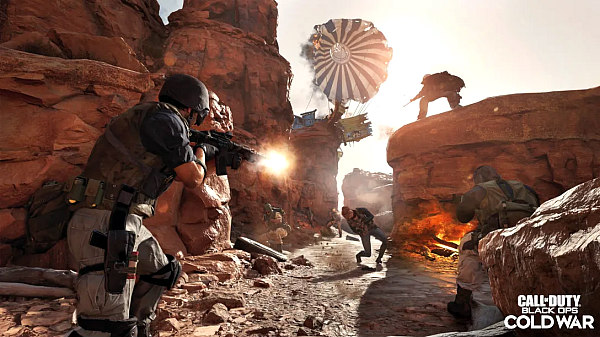 Staff Member
Moderator
Developer
Senior Member
Verified
I hope that webkit bug works on at least 7.00 I got a slim I would like to use.

Staff Member
Moderator
Verified
We already have a PS4 Kernel Exploit (KEX) for 7.02 Firmware, so anything above 6.72 would breathe new life into the PS4 scene.

As noted below, it's been several weeks since the last PS4 Scene Release Group dump: