Check out the CoD Black Sky PlayStation 4 demo below, and from the video's caption to quote:

"When the Settlement Defense Front attacks UNSA forces in Geneva without warning during Fleet Week, Lt. Reyes and his squad have only one option: Fight back against the SetDef and give ‘em hell. Check out the Campaign gameplay from "Black Sky" in Infinite Warfare." 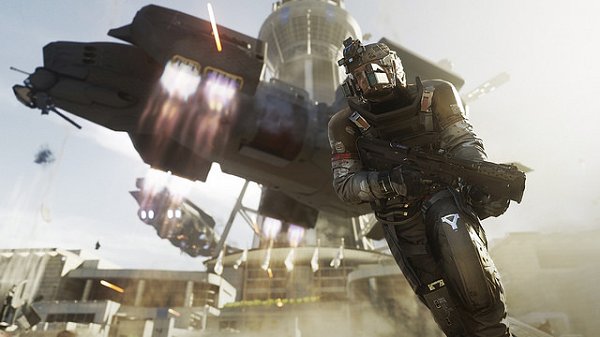 Senior Member
Contributor
yeah.. i really don't play call of duty.. it's ruined and it's ruining kids lives in my opinion... >.>

EDIT: ALSO @PSXHAX I DON'T LIKE WHAT YOU'VE DONE WITH THE OLD SITE psxhax.com is that so people will sign up here?

B7U3 C50SS said:
EDIT: ALSO @PSXHAX I DON'T LIKE WHAT YOU'VE DONE WITH THE OLD SITE psxhax.com is that so people will sign up here?
Click to expand...

Correct, the old site has been DEAD (if you haven't noticed ) for quite some time now... until the end of the year (or maybe more/less, not sure) it will just remain as an archive pretty much.

If you know someone who wants to buy the old domain and the vBulletin/dBSEO licenses let me know, as I have no desire nor time to run both sites, CJ is pretty much MIA and I plan to focus all my time and efforts on this site from now on.
You must log in or register to reply here.
Share:
Facebook Twitter Reddit Email Share Link